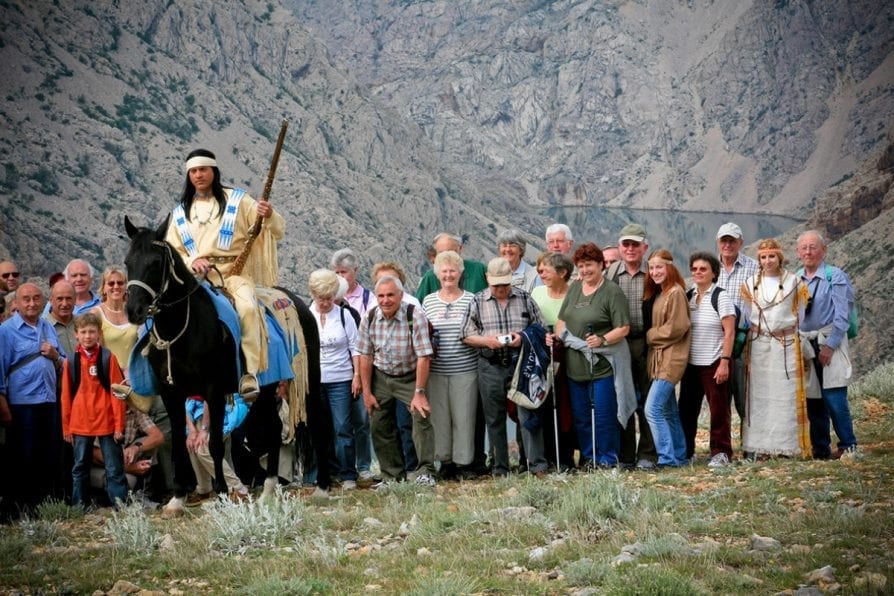 Throughout the 1960’s  legendary movies about the adventures of the Indian Apache chief Winnetou, based on Karl May’s novels, were filmed in Croatia.

Karl Friedrich May (1842.-1912.) was a German writer of adventure novels, remembered by millions of readers. His travelogues were translated into three dozen foreign languages and printed in millions of copies. The Winnetou films, originating in a coproduction of Rialto Film from Berlin and Jadran Film from Zagreb, are considered as the most popular films of all time in Germany.

In that honour the fans organize anual Karl May Fest- the traditional meeting of the fans of the legendary western movies in Starigrad Paklenica, Croatia.

Starigrad-Paklenica was the host of the first Karl May fan convention in Croatia, set on original filming locations. This was the „Winnetou Convention“held in May of 2007. The meeting was initiated by Jadran Film Ltd. and it attracted numerous fans from Germany, Austria, The Czech Republic, Netherlands and other countries.

During their stay on the Paklenica Riviera, the fans mingled with the actors and stuntmen as well as the Jadran Film production designer Vladimir Tadej. On that occasion Vladimir Tadej and co-author Damir Gablenica held a promotion of their book „Down the paths of Winnetou in Croatia“. From that year forward, a Karl May and Winnetou fan convention is held in Starigrad-Paklenica every year. As many as 7 out of 11 Winnetou films were shot close to Starigrad-Paklenica which subsequently became a favourite destination of fans of Karl May’s novels and Winnetou films, and the beautiful filming locations are perfectly preserved in all their glory.

“Visit with us original shooting locations – beautiful natural landscapes, meet the actors and other members of the film crew, enjoy movie projections at the open and a few surprices that expects the fans of Karl May and all nature lovers.” say the organizors.