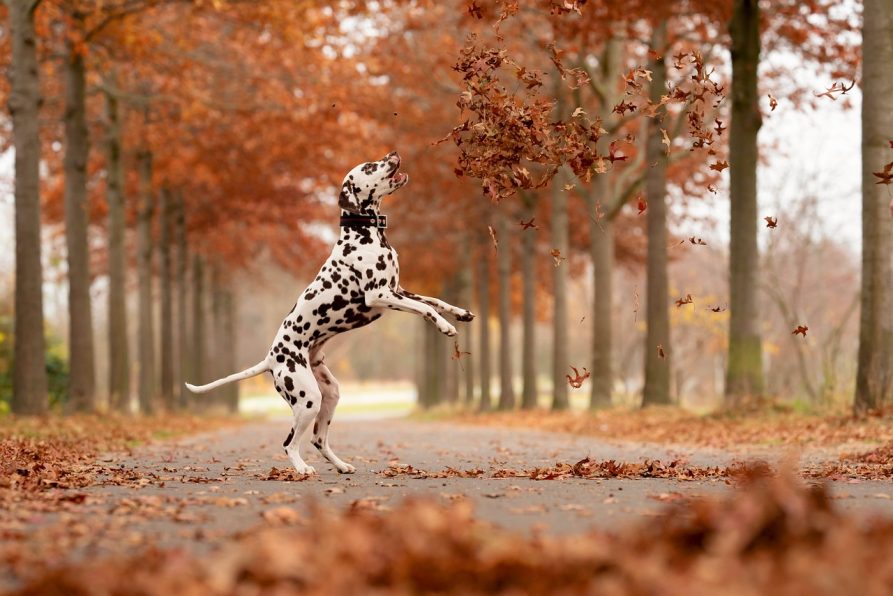 Some historical finds say that drawings of dogs very similar to the Dalmatian dog were found on the tombs of the pharaohs, which arrived in these areas during the time of Illyrian Dalmatia.

A relief from the 2nd century by an unknown Illyrian artist above Kaštel Sućurac, which depicts the forest god Silvan and a dog that could be a Dalmatian, speaks of his status among people.

The Uskoks of Senj used it to guard the border. In England it served as an escort for noble carriages and, because of its recognizable elegance and beauty, it became a status symbol. While in the United States the Dalmatian became the hero of numerous fires and the dog of St. Florian, the patron saint of firefighters.

Since 1994, the International Kennel Federation has recognized it as an autochthonous Croatian breed, and today’s specimens very often win the highest awards at major world competitions. After the Croatian squares, there are also Croatian dots.

In addition to the Dalmatian dog, there are six other autochthonous breeds in Croatia: Croatian shepherd, Tornjak, Istrian short-haired hound, Istrian long-haired hound, Posavina hound and the small dog of Međimurje – međi.