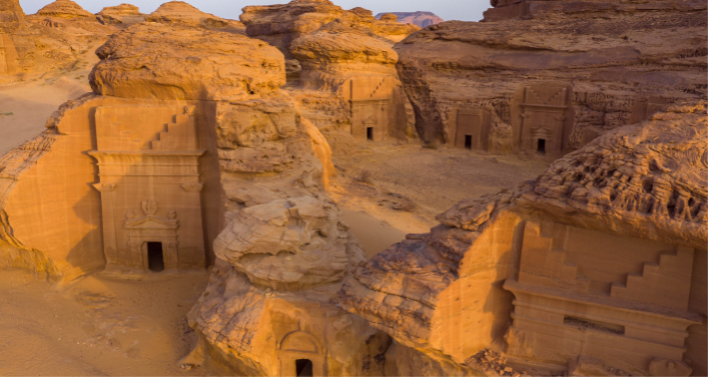 The globally significant heritage and culture destination of AlUla is featured on Samsung’s 2021 TV lineup worldwide as part of an agreement between Samsung and The Royal Commission for AlUla (RCU).

Millions of Samsung’s Galaxy Phone owners will also be able to set their wallpaper on one of AlUla’s many stunning desert landscapes including aerials views of the 20km green oasis and Nabataean tombs.

The agreement forms part of ongoing activity between RCU and Samsung which is to include a photography competition launched by a group of Samsung influencers who will be visiting AlUla this summer to take pictures through Samsung’s #withGalaxy lens.

With travel set to resume around the world in 2021, Phillip Jones, Chief Management and Marketing Officer for RCU says the timing is perfect.

“As an unexplored destination to most people around the world, the exposure that AlUla will achieve through our initiatives with Samsung is unprecedented. We know people are itching to travel and we also know that as a new and unexpected destination with vast open spaces and deep rich heritage and culture, AlUla will be an exciting prospect for many. We are excited to work with such an innovative brand and hope to continue developing interesting ideas as the past of AlUla connects with the future of tech.”

“At the forefront of Saudi Vision 2030, AlUla is a destination with captivating sceneries and a deep routed heritage. Samsung’s collaboration with AlUla enables our consumers around the world to #experienceAlUla, Saudi Arabia’s Hidden Gem, on our latest Samsung TVs with Ambient Mode.”