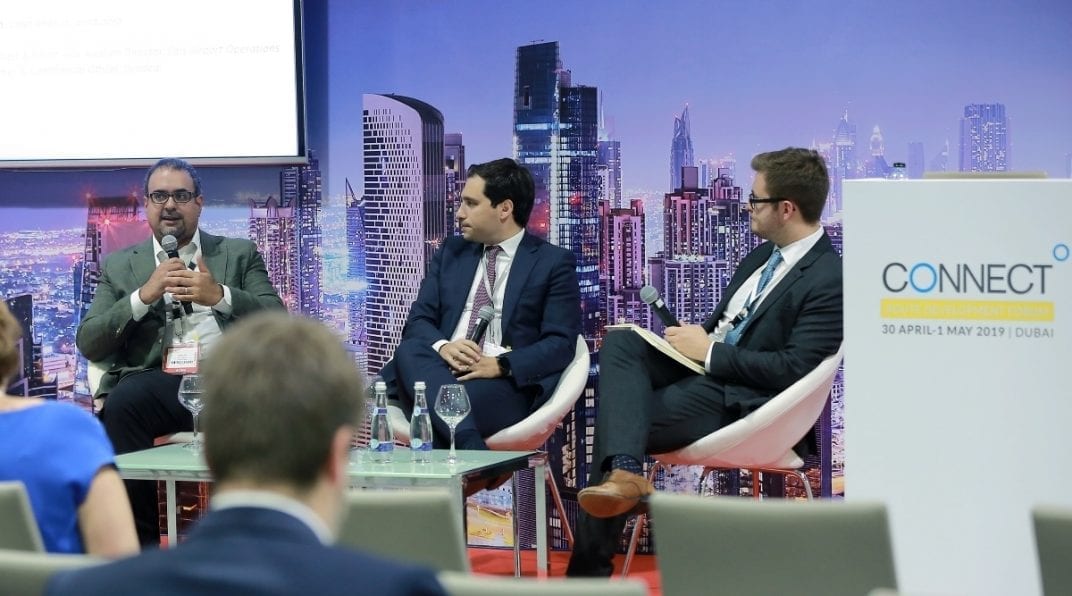 The importance of route planning to airlines as the aviation industry faces ongoing commercial challenges was top of the agenda today (Tuesday 30 April), during the opening morning of the first CONNECT Middle East, India & Africa (MEIA) route development forum.

Speaking at the two-day show which is co-located with Arabian Travel Market 2019 is currently taking place at the Dubai World Trade Centre, Christophe Ritter, Managing Partner, Predictive Mobility, highlighted the importance of data and said airlines had to consider a range of transport choices as well as the strength of airport connectivity.

“Why do most people go to Dubai? It’s the mass of destinations and catchment area – the whole airport concept has been designed so that Dubai is a catchment area across the UAE and the wider Middle East,” he said. “In France, we have high-speed trains and I can go to four major international airports within one-and-a-half hours.”

He caught delegates’ attention with a slide entitled ‘donuts are better than large burgers’. “When you need to analyse data, don’t take all the data, take the significant data for your analysis,” he said.

The importance of driving revenue and route sustainability was echoed by John Strickland, Director, JLS Consulting, who spoke about the state of the industry.

While airlines have a wider range of fuel-efficient, short- medium- and long-haul aircraft at their disposal – notably with the introduction of A321LR and ultra-long-haul A350s – market competition remains intesnse, reflected in the closure of Jet Airways and WOW.

“We are going to see more of these aircraft coming into the long haul as airlines seek to reduce risk and cost per seat,” he said. “We’re not seeing a dampening of demand but in order to keep loads high, airlines are cutting yields and average prices more than they would wish.”

But there was room for optimism, particularly with the growth spikes of China and India and the rising middle class. “Air travel has risen at a faster rate than population growth in India in recent years so there’s enormous opportunity,” he said.

In line with technology and innovation being the central theme to this year’s ATM, Sebastien Lavina, Manager Airport Data, Airbus, showed a video on ground handling in the ‘airport of the future’ – characterised by widespread automation featuring wireless tablets and electrical cargo robots.

“I won’t say it’s coming tomorrow but we are working on new technologies,” he said.  “We continue to build aircraft but we need to look at all aspects and the safety on the ramp is really important – so we are liaising with IATA working groups and equipment manufacturers.”

The morning session rounded off with China Southern Airlines giving a presentation on Chinese aviation, ahead of the new Beijing Daxing International Airport opening on September 30. This year it will introduce the A350 to its fleet.

“We are developing a dual-hub strategy in Guangzhou and Beijing for our long-term development,” said Grace Tang, Senior Manager, International & Corporate Relations.

While domestic operations account for 69 per cent of its flights, she said it was keen to grow international business, reflected in its new codeshare with Emirates this year, and it aims to operate 1,000 aircraft by 2020.

More than 300 aviation and airport professionals and 40 airlines are represented at the inaugural conference which bring together airline and airport executives with manufacturers and suppliers, providing a global forum for business and networking opportunities.