THEY ARE HERE Chinese police officers will be patrolling at Plitvice

AS ANNOUNCED EARLIER ON PLITVICE TIMES 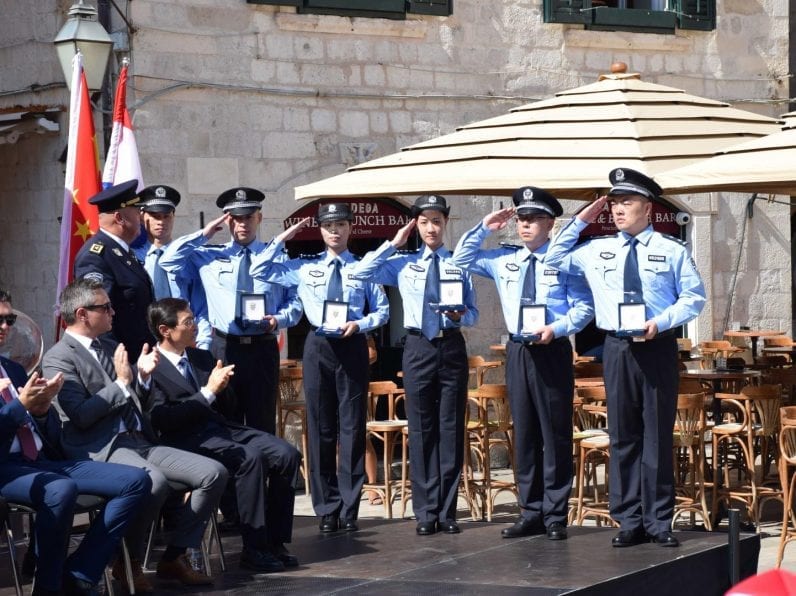 Six uniformed Chinese police officers started joint patrol with their Croatian counterparts few days ago. It is the first ever joint patrol between China and Croatia during tourist season, aiming to help deal with Chinese tourists-related issues.

Six Chinese police officers — four policemen and two policewomen — will be patrolling in popular tourist spots of Dubrovnik, Zagreb and Plitvice Lakes National Park with their local colleagues for a month. Croatia’s Deputy General Police Director Zelijko Prsa, who was also present at the ceremony, told Xinhua that in order to ensure the safety of global tourists during the peak season, Croatia had made similar joint patrol arrangement with police from 18 countries including China.

“This is the first time that we have six Chinese officers who will be positioned at the places most visited by Chinese tourists … We expect that the cooperation will continue in the following years, and Chinese colleagues will contribute to a better tourist season,” he said. The police officers started their first joint patrol on Stradun, the main street of Dubrovnik’s Old Town, right after the launching ceremony, grabbing attention of global tourists who had come to visit the “King’s Landing” in popular TV series Game of Thrones.