A DIFFERENT TYPE OF VACATION Spend the summer by the river! 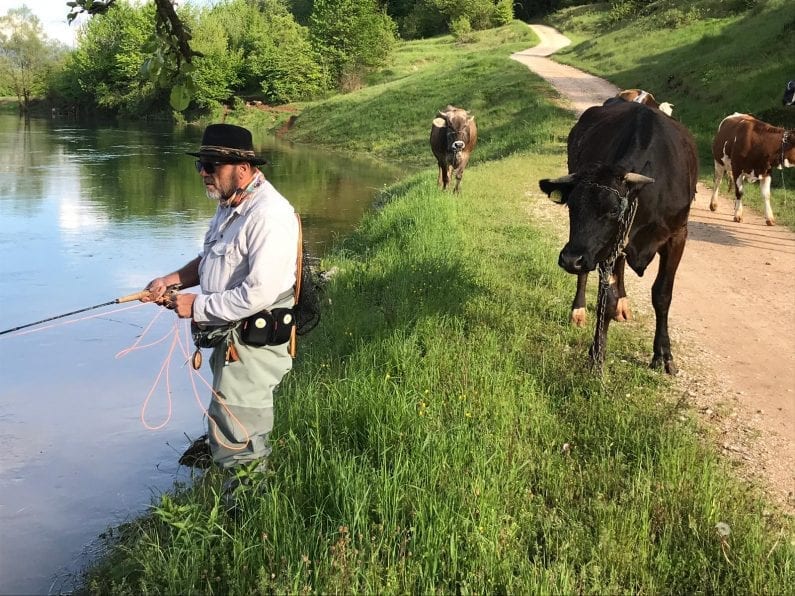 Rivers in the Lika-Senj County and Karlovac County are full of swimmers who enjoy a fresh and green holiday on the grassy shores in the summer months.

One of those who come back to the river year after year is Sigmar Schmid, a passionate fisherman from the German city of Dresden, who`s been coming to Gacka as a fly fishing instructor for 40 years.

“I heard about Gacka from a German friend, and now I consider Croatia my second country. I am delighted with the hosts who always have a smile on their face and are willing to help, but also a large number of people know German so that is one of the biggest reasons why I still haven`t learned Croatian.”, Sigmar acknowledged. Throughout the year, he travels unhindered all over the globe but returns to Gacka twice every single year. Every time he brings along a few new fishermen with him, because, as he says, he wants to show them his most beautiful fishing spot.

“I love fishing in Gacka the most because you can witness many interesting moments – fish here grow 5 times faster than elsewhere, the river is full of various insects that should be studied, and I prepare special flies for fishing.”

Sigmar`s advice to all fishermen is that April, May and September are ideal for fishing on Gacka, and the most interesting anecdote that has happened to him is that he`s caught 2 fish at once, both 50 cm long. Yet there is something more interesting, and that is the fact that he took his first and second wife on a honeymoon there, but as both marriages failed, he says that it is time for him to marry a woman from Lika! “The stay in Gacka and on the sea can not be compared for me. That’s why I`ve been coming to Gacka for 40 years and I will continue to come for the next 40! “

In May, Sigmar participated in the Family Accommodation Forum in Otočac as a special guest, where he shared his experiences with the participants and because of the longtime promotion of this region in the world, special prizes were awarded to him by the city’s institutions.