“We are finally in Zagreb” – First Korean Air flight landed in Croatian capital! 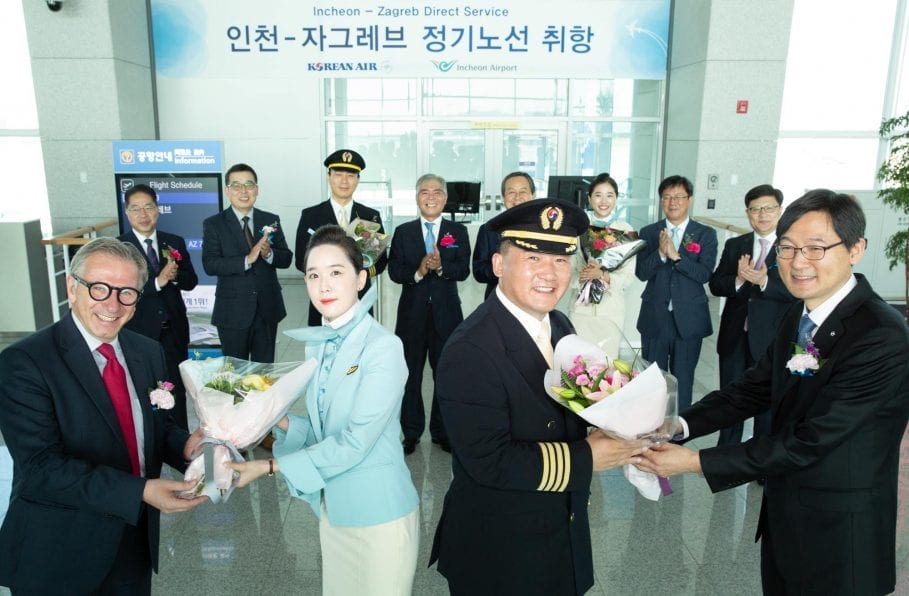 The first flight of the South Korean airline company Korean Air that will connect Zagreb and Seoul three times a week was welcomed yeaterday in Zagreb Airport.

Korean Air inaugurated scheduled flights between Seoul and Zagreb with its 218-seat Airbus A330-200 aircraft, featuring six seats in first class, 24 in business and 188 seats in economy class.

They all agreed that this line comes at the right time – the time of significant tourist growth and a significant increase in the number of visitors from South Korea.

The airline, which has operated a handful of charters to Zagreb each year since 2010, will maintain the scheduled service three times per week on a year-round basis.

During the 2018/19 winter season, which begins on October 28, the airline will run a three weekly triangle service with the routing Seoul – Zagreb – Zurich – Seoul, although it has not secured rights to sell tickets on the intra-European sector.

The winter operation will be maintained with a Boeing 777-200ER jet from late October until early January and the 269-seat Boeing 787-9 Dreamliner thereafter, until the start of the summer season in March.