From a Croatian-Serbian restaurant in New York: Americans love kajmak, Karađorđ’s steak and gnocchi with shrimps 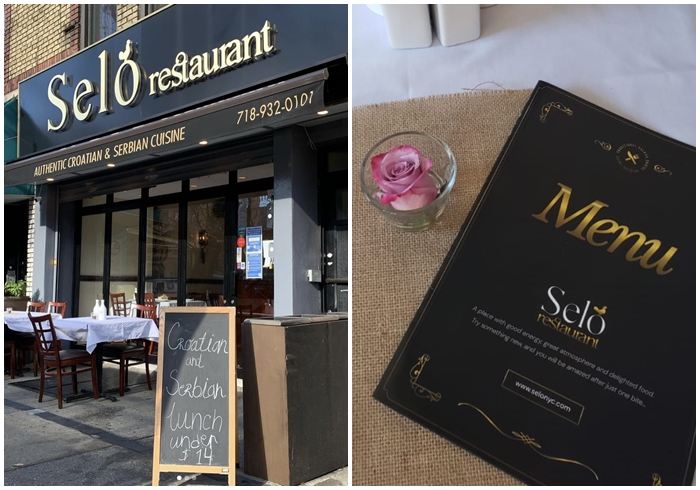 The “Selo” restaurant in New York’s Astoria district is the first Croatian-Serbian restaurant to ever open in the United States.

It is the idea of Elvis from Istria and Suzana from Užice, a married couple who met and started a family in the United States. Their culinary story began a little over half a year ago. Why they named the restaurant “Selo“, what the guests can find on adventures and how Americans react to Croatian and Serbian cuisine, Elvis revealed in an interview with travel magazine The Plitvice Times.

How did your story begin in America?

I came here in the 1990s with my parents. We are originally from Labin, and in Astoria Sunnyside ever since we moved to America. I finished college and school in New York. I mostly work in real estate. The restaurant is something new. We have been working for 6 months and it was more of my wife’s idea than mine.

I played hockey as a kid, even for Medveščak in Zagreb and for Crvena Zvezda in Belgrade. I still play twice a week as a hobby. Through hockey, I met some of my best friends.

When did you open the restaurant and why?

We wanted to show the food and culture of the people of the former Yugoslavia to the Americans. There are not many Croatian, Serbian, Bosnian or Montenegrin restaurants here. Americans have only five or six types of restaurants and only in larger cities. Number one is French, number two is Italian, followed by Greek, Chinese, sushi – Japanese. Mexican is also becoming popular. 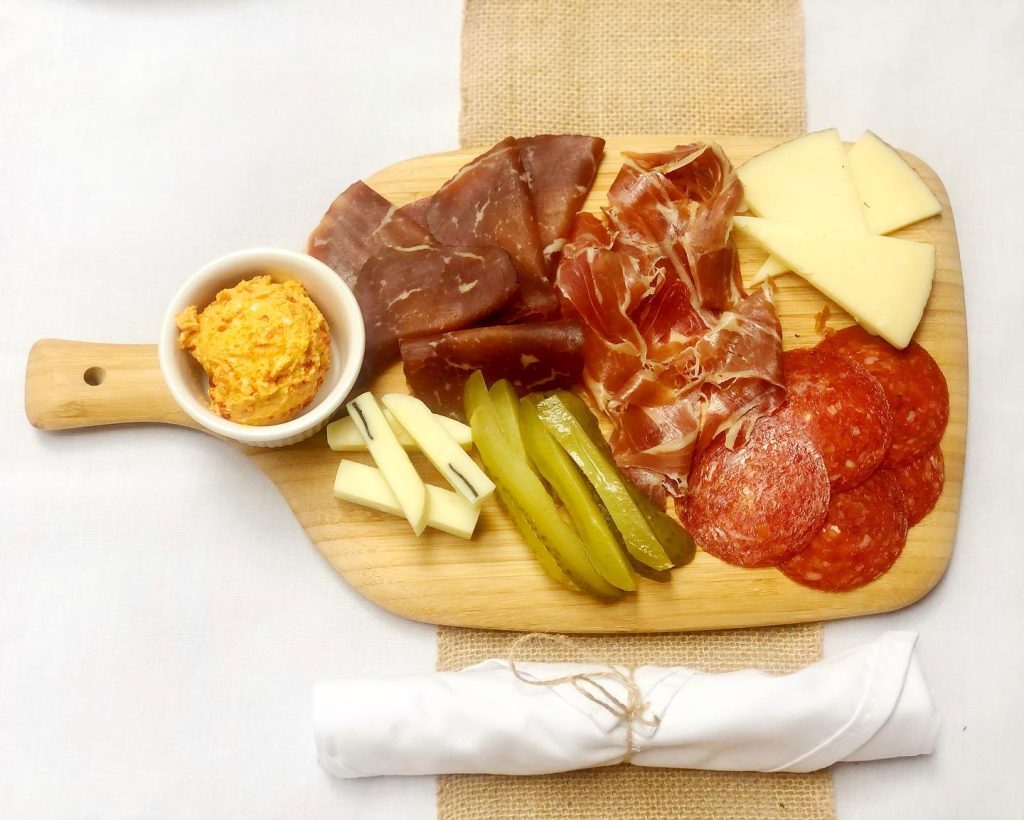 Why is the restaurant “Croatian-Serbian” and what is the difference between the tastes?

I like to say “from the sea and from the mountains” instead of “Croatian-Serbian”. I am from Croatia, and my wife is from Serbia. Croatian food is similar to Italian and Greek, which the Americans already know. While Bosnian and Serbian dishes are new to them. Even to Croatians from the coast, Karađorđ’s steak is new.

The chefs who made the menu are my mom and my mother-in-law. Two of them, as well as two of our chefs, attended the school of Lidija Bastijanić, who is popular in America, so she has a great influence on our work. Croatian menu is mostly composed of fish, octopus, gnocchi, shrimp, etc., and Serbian has more meat, ćevaps, gourmet burgers… The two most popular specialties we sell are Karađorđ’s steak and gnocchi with shrimp.

Why Croatian-Serbian and not Balkan?

It was supposed to be Balkan. In the groups on social networks, we invited people to vote, and in all American groups, people chose the name “Croatian-Serbian”. It is more specific because Dubrovnik (Game of Thrones) and Dalmatia are popular among Americans. People also go to Belgrade and Sarajevo to see those countries so they know exactly what they are getting. If we put the name “Balkan” – the Balkan is quite large so it would not be so specific and direct. On the other hand, Balkan people said in groups to be “Balkan”. We decided like this.

The restaurant is for all events – meetings, birthday parties, lovers of live music, weddings… So, a lot of things happen there. You can come for coffee and pancakes, or celebrate a birthday with friends. 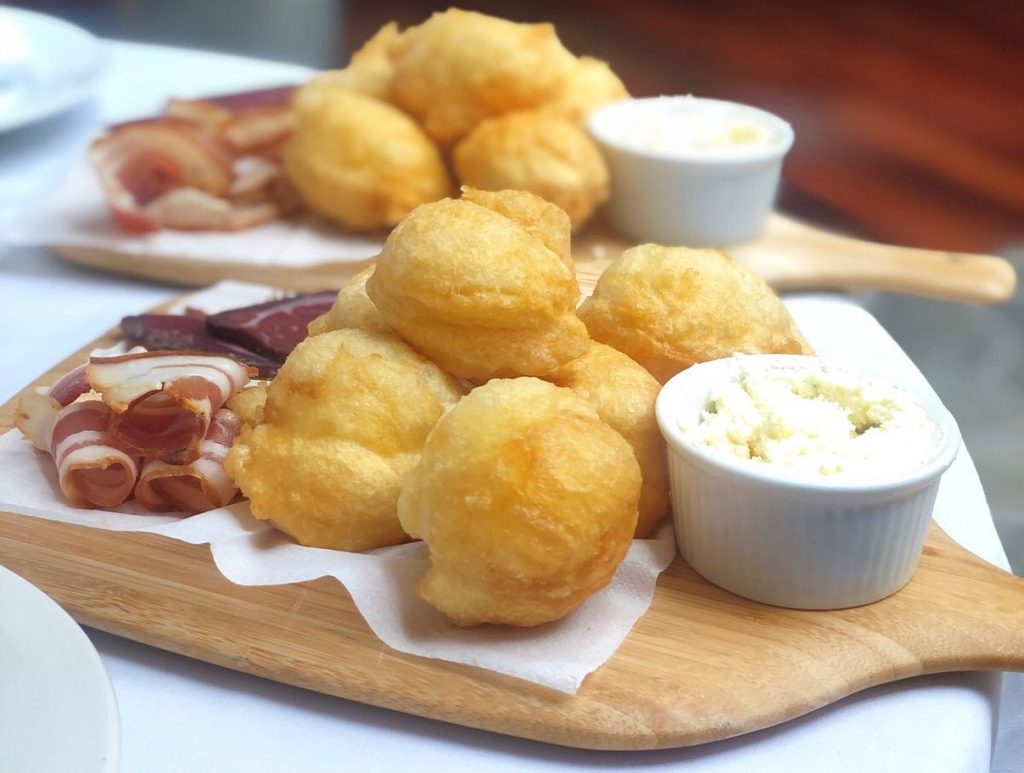 You mentioned the evening program – how are the events scheduled and who is playing the music? What type of music can be heard?

We have music on Fridays or Saturdays from 8 am to 12 pm, and the singers are from Croatia, Serbia, Bosnia, Montenegro… We do not allow nationalist songs. Anything else is possible, they even play American music. Most of them are people who live and work here and music is just their side work. They have their work from Monday to Friday and on weekends they have gigs in our restaurant or at weddings. Sometimes on Sundays, there are performers like Laganini and Astoria who play klapa music. Our chefesse is also a member of one klapa.

Do you also have a small terrace? What’s the story of the laws in New York after the Corona pandemic? Are you allowed to open a terrace?

The city allowed every restaurant to have a terrace. It used to be a parking lot on the street. It is ok because during the Corona pandemic people were not allowed to eat inside the restaurant. Currently, people who are not vaccinated must sit outside so the terrace comes in handy.

Can you tell us the story about how you met your wife? You two are an interesting combination – you are a Croat, and she is a Serb. How long have you lived together?

We’ve been together for 12 years. Suzana and I met in 2010 here in America and we have 3 daughters. We live in Astoria, and the restaurant is our “fourth daughter”. I went to Užice to meet her parents and she went with me to Labin to meet my parents. We didn’t know that during the former Yugoslavia, the Labin Health Center and the Užice Health Center were twinned, so a lot of people went to both sides. That really surprised us, so maybe it was fate for us to meet. 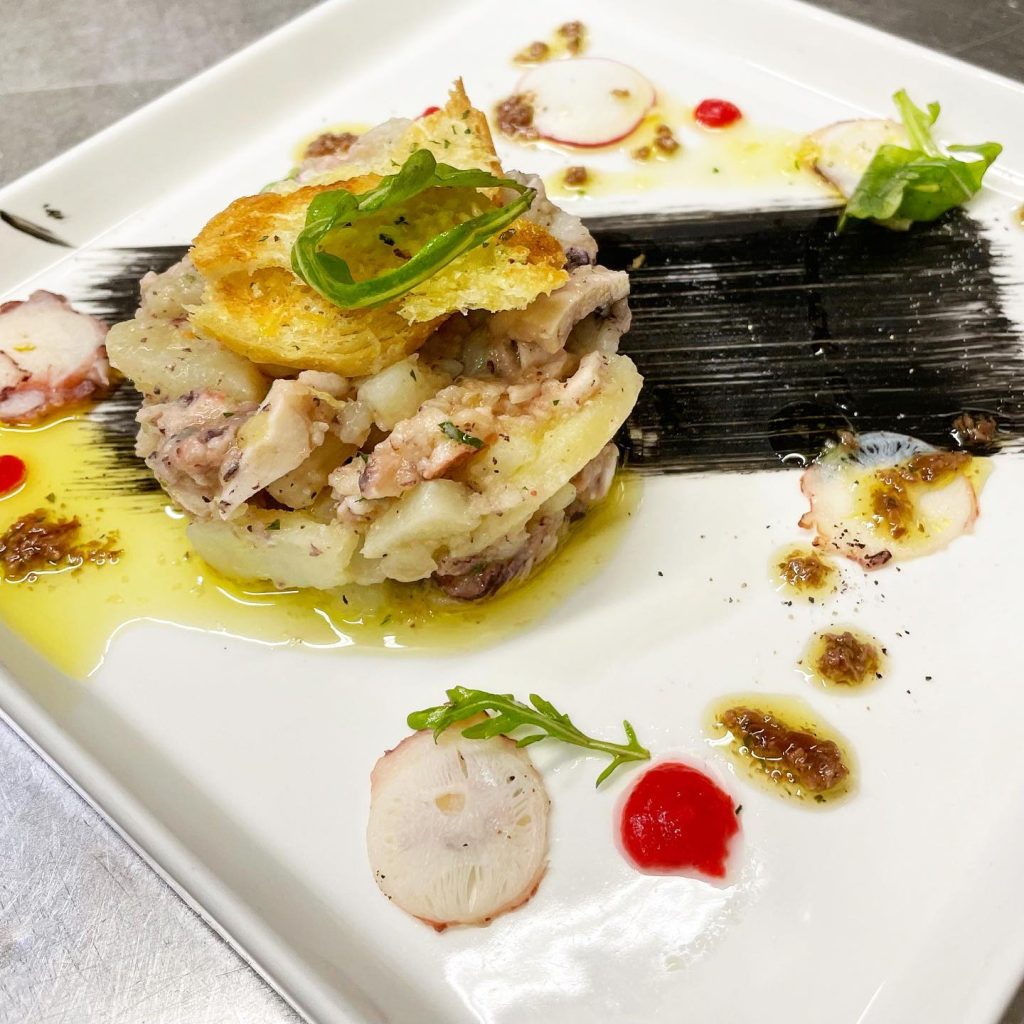 What are the main differences in mentality between Balkans and Americans?

Sometimes it’s really hard to work with our people. I think it’s a little easier to please Americans. Everything is always “good” to them, while our people are very honest and immediately tell you everything they think. This is both good and bad in some situations. I think that Americans think more through the capitalist system, and the Balkans are more old socialists.

So, in America, there is a system: Do not ask what your country can do for you, but what you can do for your country. But at home in the Balkans: Take care of me my country, make sure I have everything I need.

It is strange to me how religion and the state are connected in the Balkans. In my opinion, where you were born and how you feel has nothing to do with your religion. In America, everyone is American. You can say 2 words in English in 5 years and be an American, no one will tell you you’re not. At home, you can come from Bosnia to Istria and after 4 generations, you will still be Bosnian instead of Istrian.

How do you get groceries for the specific dishes? Is it complicated to have a Croatian-Serbian restaurant in New York?

During the Corona pandemic, it was difficult to procure our groceries. We have several suppliers who procure only for Croatia, only for Serbia and only for Bosnia. There is also a large company operating all over America. They sell our stuff as well as Romanian and Bulgarian. The supply business has improved a lot in the last 10-20 years. It’s not easy, but we get it. We also have 2 wine suppliers from Croatia, while the third brings wines from Serbia and Montenegro.

What are the comments of guests from Balkan on your restaurant?

Today everything is online and guests leave reviews. We have good reviews. I think we have 4.8 out of 5 stars on Google. If something goes wrong, we change it. We run the restaurant as a family. There is always someone who listens to people, so we are constantly changing and improving.

The ratio of domestic and foreign guests?

Astoria is a neighborhood inhabited by people from all over former Yugoslavia. In the beginning, it was 90% of our guests and 10% of Americans in the restaurant. That is slowly changing. Now we have 60% of Balkan guests. More and more people are finding out about us through social media. The reviews are good and more and more Americans have started coming, even to live music evenings or when we broadcast matches. Our goal is to reach 50:50 or even more Americans to come. 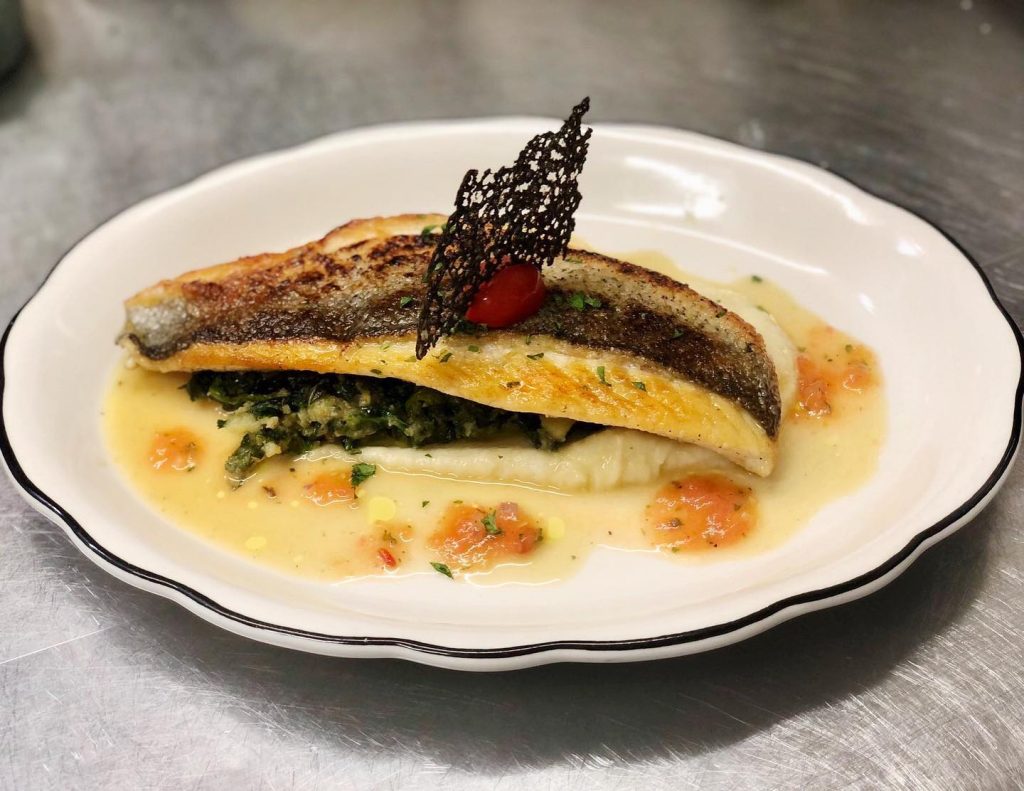 How do Americans react to this cuisine, are they satisfied?

Yes, they think the portions are huge, while Balkan people consider the portions small. They love kajmak very much and we have a lot of dishes with kajmak. It is difficult to explain what it is until they try it. They especially like food from Bosnia, Serbia and Slavonia – like Karađorđ’s steak, gourmet burgers, mlinci. They never saw it, while they got to know Istrian and coastal food in Greek and Italian cuisine.

How important is the location? Why did you open a restaurant on Broadway in Astoria?

It’s on Broadway because it has to be on Main Street to get as many Americans as possible, while Balkan people will come wherever you put the restaurant.

We tasted Angry Burger today – what’s the story about it?

Angry Burger is something I invented. Usually, when we organize a barbecue with Americans, they all want a burger. I don’t have a lot of burgers, but I do have a lot of ćevapi. I would put 4-5 ćevapi with cheese in lepinja, a little bit of spicy sauce and tomato. That’s how Angry Burger was invented – a hot burger with ćevapi that Americans love.

Why did you name the restaurant “Selo”?

“Selo” means “village”. There was a vote and “Selo” received 89 percent of the audience vote. Astoria is like a small village in New York, everyone here knows each other.

A message for the end?

When our people come here to New York, it would be nice if they visit “Selo” and try our food. They will see that it is a little different from the food they are used to at home. There are some things they have never tried. Every small place in the Balkan region has its village, its food and its specialties – it is the same thing with us.