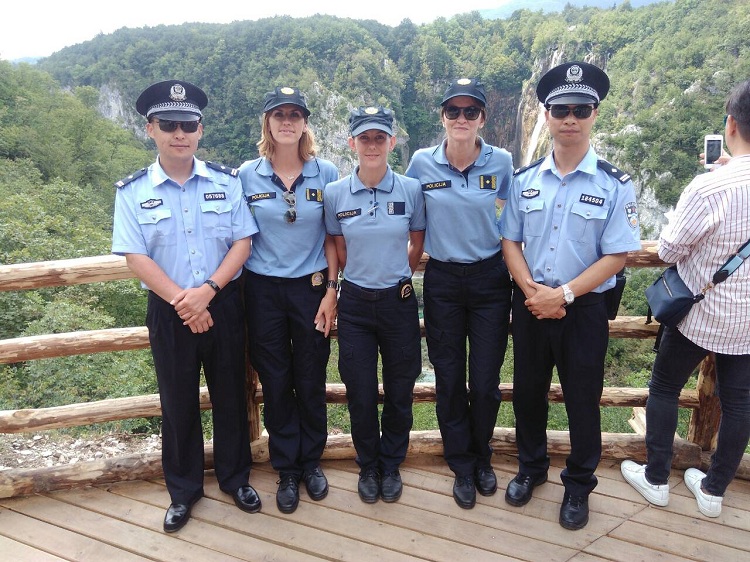 Six Chinese police officers left Croatia after patrolling with their Croatian counterparts for a month during the tourist season. The joint patrol was the first such cooperation between the two countries and both sides are more than happy with the results.

The project was launched on July 15 and ended on Tuesday. In the past month, six Chinese police officers — four policemen and two policewomen — along with their Croatian colleagues, patrolled popular tourist spots of Dubrovnik, Zagreb and Plitvice Lakes National Park.

The main aim of the joint patrol was to help Chinese tourists in Croatia with security-related issues. Flyers with Chinese language was adopted at Plitvice Lakes National Parks. The Chinese police also hosted a WeChat group which included many Chinese tourists they met during the patrol, in order to offer help while they were in Croatia.