The Grand Tour episode from Plitvice Lakes will be aired on Friday! 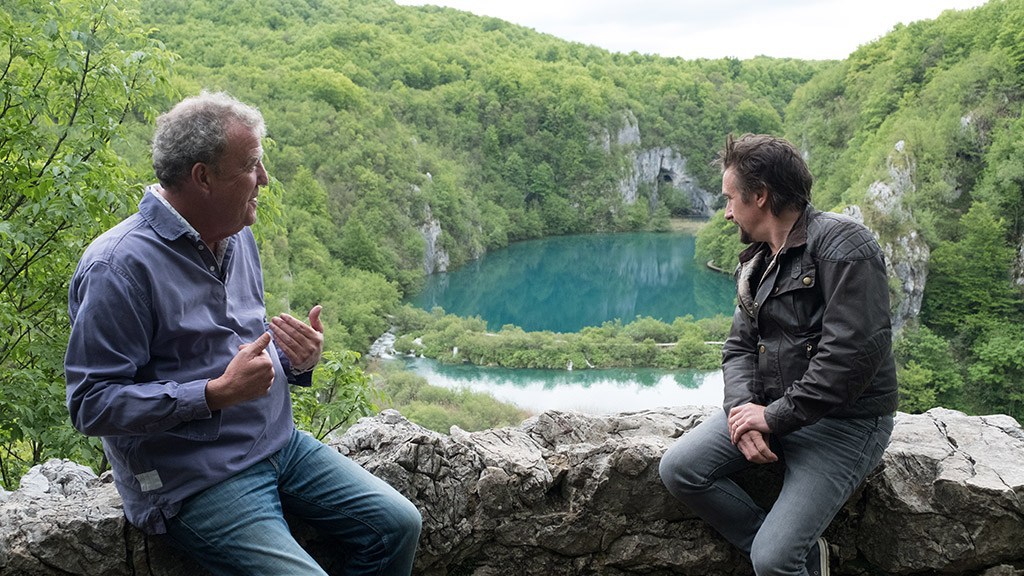 The Grand Tour team filmed in episode 4 of the Season 2 travelled to Croatia, where everything from beginning to end was unplanned. One of the chosen locations was Plitvice Lakes where they even did a photoshoot!

The entire episode had no pre-arranged locations, no stunts that have been previously set-up, and no planned incidents.

This lack of planning ends up resulting in what appears to be a hilarious situation as the boys all show up in three completely unrelated cars to do… something. Jeremy shows up in an Audi TT RS, Richard in an Ariel Nomad, and James in a Lada which he converted to a fire engine. What they plan to do with these three completely unrelated cars is anyone’s guess. Also in the episode, Richard takes the new McLaren 720S around the Eboldrome, and Alfie Boe goes head to head with Michael Ball in Celebrity Face-Off to find out who is the world’s fastest classical singer with an interesting connection to the British motor industry.

The Grand Tour Series 2 Episode 4 will be available Friday 29th December on Amazon Prime Video, and here are a few photos: