Data collected through the eVisitor system show excellent peak season trends, according to which about 1.6 million arrivals and about 12 million overnight stays were recorded in Croatia thus... 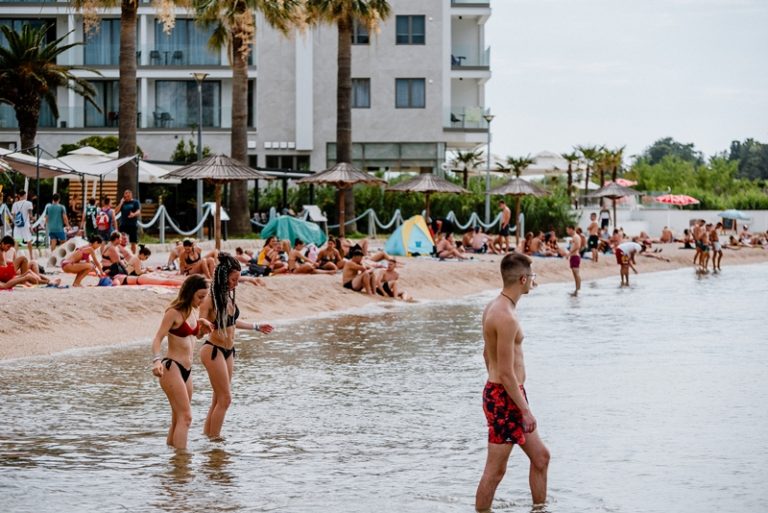 Data collected through the eVisitor system show excellent peak season trends, according to which about 1.6 million arrivals and about 12 million overnight stays were recorded in Croatia thus far, which is a 20 percent increase in arrivals compared to the same period last August and 29 percent in overnight stays.

While compared to the same period in August 2019, that’s 80 percent of the results in arrivals and 93 percent in overnight stays!

“Extremely good trends in tourist traffic from July continued during August, in which we nearly achieved the same results as in the record-breaking August of 2019! All the results so far are the result of very good preparation and implementation of the season by the entire tourism sector and government measures, but also the fact that our country is the safest Mediterranean tourist destination. Compared to the record year 2019, we are currently at about 70 percent of year-on-year results, and the expectation and booking trends for the rest of August and September are also very good”, said the Croatian National Tourist Board director Kristjan Staničić, adding that maintaining a favorable epidemiological picture is the key to further developments., adherence to all prescribed epidemiological measures and recommendations as well as vaccination of the population in as large a number as possible.

More than a million tourists are registered in Croatia on a daily basis, of which about 920 thousand are foreigners. Currently, most tourists stay in Istria, Kvarner, Split-Dalmatia, Zadar and Šibenik-Knin counties, and based on nationality, most are Germans and domestic tourists, followed by Slovenes, Poles, Austrians and Czechs.

It is also worth noting that in Croatia two days ago, the total number of tourists from 2020 was already exceeded in August, which is also a confirmation of the excellent preparation and implementation of the season.

We would like to remind you that in the record 2019, Croatia recorded more than 20 million arrivals and almost 109 million overnight stays, as well as about 12 billion euros in revenues, and the share