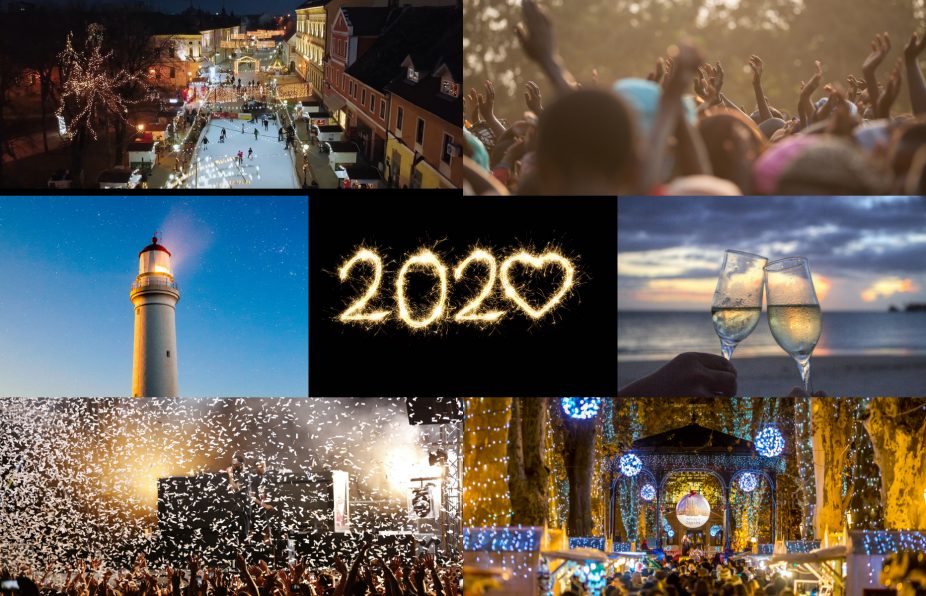 Another New Year´s Eve is approaching fast and as we say goodbye to this decade, we bring you 10 amazing locations where to spend the craziest night of the year – just grab a bottle of champagne, some warm clothes and the right people with you!

Croatia as a land of thousand islands and the most beautiful coastline is an ideal place if you want to spend the New Year`s Eve on the beach.

Whether you prefer pebbles or sand, a clear sky full of stars and fireworks await, together in a symphony with the sea waves. Who knows, maybe you´ll even spot the Milky Way!

2… at noon before everybody

Seeing out the old year and welcoming the New Year at noon in the open air is an original and attractive event, which takes place in the centre of Fužine.

With streams of mulled wine and sausages delicacies, a local orchestra will entertain you, while you enter the new year with an impressive firework at the same time as Samoa! But, the party doesn´t stop here – it continues on way past midnight.

3… on the mountain with witches

No Croatian mountain has become so firmly a part of traditional legends and stories so firmly as Klek has. A steep mountain close to the town of Ogulin attracts from afar and with its impressive form and size puts into shade everything that surrounds it.

According to a traditional tale, the summit of Klek is a gathering site of witches who are a sort of a symbol of Klek and Ogulin. It is the custom of hikers in Croatia to mark the beginning of the New Year by gathering on Klek on the first Sunday in January.

Up to 500 mountaineers from all over Croatia gather at the cradle of Croatian mountaineering, and for some, it is an opportunity to get a license to operate and fly a broom!

4….dancing the waltz at the best Christmas market in Europe

New Year’s Eve can be one of the most romantic nights of the year — and we’re not just saying that because of the famous midnight kiss. Dance the night away (literally!) with your loved one at three times in a row best Christmas market in Europe – the Zagreb one!

With a cozy atmosphere and love in the air, a midnight waltz is a perfect way to start a new year! Romantic, isn´t it?

5.…in the smallest town in the world Hum, with less than 20 inhabitants, is the smallest town in the world, according to the Guinness Book of Records. It is located in the heart of Istria in the Municipality of Buzet.

It is 14 kilometres from the town of Buzet and can be reached by car, excursion buses, and many come on foot so they can enjoy a better view the interesting sights and natural beauties, especially using the Glagolitic Alley („Aleja Glagoljaša“), a road between Roč and Hum, along which great stone monuments are located in the surrounding fields, each representing a letter of the Glagolitic alphabet, an old Croatian alphabet from the Middle Ages.

6. …in the oldest continuously inhabited city in Europe, Vinkovci

The city of Vinkovci is hidden between two grand rivers, Danube and Sava, along the river Bosut. Inhabited for more than 8000 years makes it the oldest continuously inhabited city in Europe.

It has a very rich architectural heritage and connects western Europe with the Far East and Central Europe with the Adriatic Sea. Celebrate the sparkliest day of the year surrounded by centuries of history while we encourage you to create your own milestone in this milestone city!

*The importance of Vinkovci for development of today’s Europe confirms the fact that the only Roman emperors born in the area of today’s Croatia, brothers Valentinian and Valens were born in Vinkovci (Cibale in that time). Croatia has a long tradition of open-air concerts and parties until the early morning hours to usher in the New Year.

Pop and rock performers entertain the crowds on a large open-air stage and the festivities culminate with the countdown and spectacular fireworks at midnight, in the city centres around the country. Wrap yourself into something warm, prepare your vocal cords and feet and you are ready to go…!

GOT – three magical letters that have the world completely crazed since 2011.

One of the greatest series in television history, Game of Thrones, broke records with every new season and every new episode – the epic tale of betrayal and nobility, brave heroes and ruthless villains battling for the Iron Throne had millions of people glued to their sofas and screens.

Alongside the Starks, Lannisters and Targaryens, Croatia was also a big star.

Relive the world of Westeros and the legendary Seven Kingdoms in Dubrovnik because- winter is coming, and so is New Year!

Can you imagine a more special place to spend the last hours of the old year than a stunning centuries-old lighthouse? There are 45 of them along the Croatian coast, all dating back to the times of Austria – Hungary. Even though their interiors are renewed now, traditional marks are still present all over the place. Enjoy the light of fireworks and do the big countdown in one of the lighthouses!