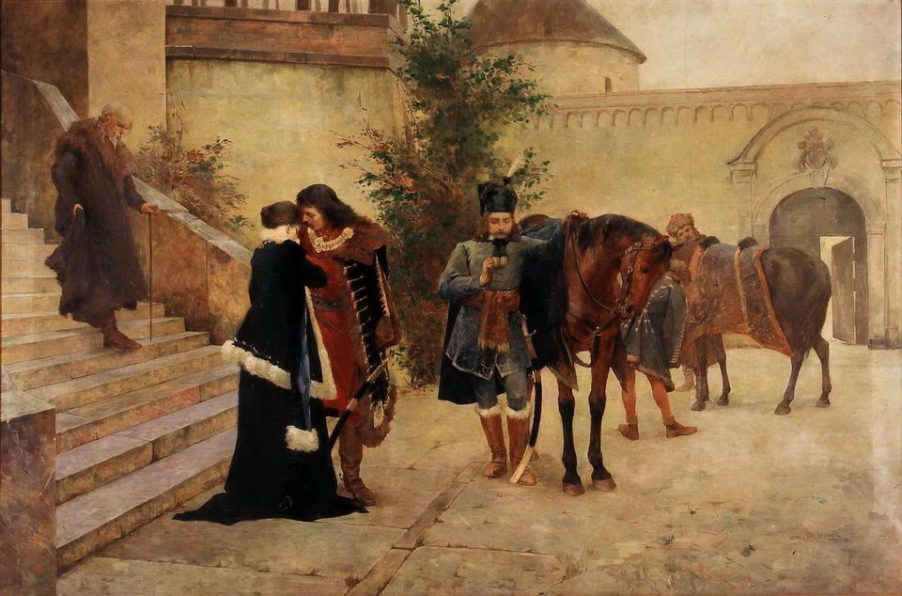 The wedding of 16-year old Ana Katarina Frankopan and 21-year old Petar Zrinski in 1641 is known as one of the most important weddings in the history of Karlovac and Ozalj but also in the history of Croatia. The marriage that unfortunately ended tragically, led to a close alliance amongst the most prominent Croatian noble families.

Only 30 years later, the collapse of The Magnate conspiracy, also known as the Zrinski-Frankopan Conspiracy against the authorities in Vienna will lead to the end of two great families. It was also the last wedding of these families before the events in Bečko Novo Mesto.

It is the sad fate of the newlyweds Ana Katarina and Petar that will make this wedding a legend. The wedding ceremony took place in the old town of Ozalj, ruled by Zrinski, and in the Karlovac curia owned by Frankopan.

Petar Zrinski became a Croat “ban” and military leader well-known for fighting against the Turks and owned, among other things, the old towns of Ozalj and Dubovac near Karlovac. Katarina Zrinski, a sister of Fran Krsto Frankopan, was known as the leading Croatian writer of her time.

The wedding of Ana Katarina and Petar was one of the most joyous events that Karlovac remembers, but the marriage of the two ended violently.

Petar Zrinski started a series of actions with his brother Nikola in the 1660s to liberate Croatia of Habsburg rule and its absolutism and centralism. They were joined by Fran Krsto Frankopan, as well as many others but then ban Nikola, the leader of the rebellion, died in the hunt in 1664. His brother Petar, who continued to search for allies among European countries, became the new “ban” and leader of the rebels. Despite finding no allies, Petar and Fran Krsto started to prepare for the uprising and on their estates throughout Croatia, they invited others to join them.

Vienna, meanwhile, learned of the rebels’ plans and their negotiations with France, Poland and Turkey. Petar and Fran Krsto became aware that their forces, without outside help, were too weak to war against Austria.

The Austrian emperor promised to give them forgiveness if they came to Vienna and obeyed him. Petar and Fran Krsto set out for Vienna in the spring of 1670, expecting the Emperor’s understanding of Croatian dissatisfaction. However, Leopold I immediately arrested and detained them in Bečko Novo Mesto. They were declared traitors in court and sentenced after a year-long investigation to the death and loss of all honour and property.

Their properties, including those in Karlovac and the surrounding area (Ozalj, Bosiljevo, Ribnik, etc.), were looted before the end of the trial. The fortified castle on Švarča above Karlovac, built by Petar Zrinski in 1660, was completely destroyed. Petar and Fran Krsto were executed in Bečko Novo Mesto on 30 April 1671.

Katarina Frankopan was imprisoned in Graz, where she went crazy and died two years later. Ivan Antun, son of Katarina Frankopan and Petar Zrinski, lived miserably for a while after his parents died, and he ended up in prison in 1703 as the last Zrinski. Fran Krsto Frankopan had no descendants. With this death, the most famous and most powerful Croatian families of that time disappeared.