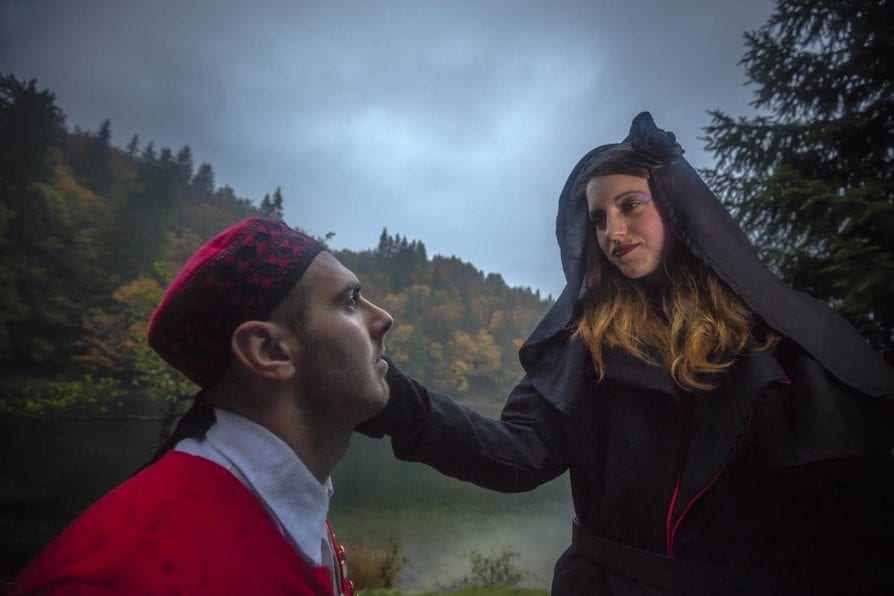 Legends and true historical tales are one of the most important reasons for choosing a tourist destination. It is always nice to know stories related to an area, legends passed down through generations, and the mysticism surrounding them. Such legends are deeply ingrained in the area of the Plitvice Lakes Municipality, and the most famous legend is of the Black Queen, a mystical woman responsible for the creation of the region.

Do you know who the Black Queen was? If not, here is the story many tourists come here to learn, the legend of how sixteen magnificent lakes were created.

The story goes that in times long forgotten, the Plitvice region suffered from a terrible drought which caused the source of the Black River to dry out. The immense heat caused animals to die, crops withered, trees lost leaves, and the earth crumbled to dust. The people were desperate for raid, but the heavens were not merciful. Then one day, the Black Queen and her incredible entourage appeared in the Plitvice Lakes valley. She was a benevolent fairy who lived in her castle on Velebit and came to help the tormented people of Plitvice.

She summoned clouds and thunder and ordered rain to soak the area. Rain fell for days, and water rose from the bed of the Black River until sixteen lakes connected by waterfalls appeared. The first lake was named “Prošćansko”, or Beggar’s Lake in Croatian, after the people’s desperate pleas for water.

The people built a castle for the Black Queen on the hill above Kozjak, as a symbol of gratitude for saving them from draught and gifting them with an abundance of water. The good queen watched over the Plitvice Lakes from her new castle and continued to help the people whenever they faced difficulties.

The story is enjoyed by many visitors who believe that the region is so beautiful and splendid that the only explanation for it is magic.

PHOTO: Rade Jug for Tourist Board of Plitvice Lakes Municipality