More tourists than in 2020, value of fiscalised receipts better than in 2019 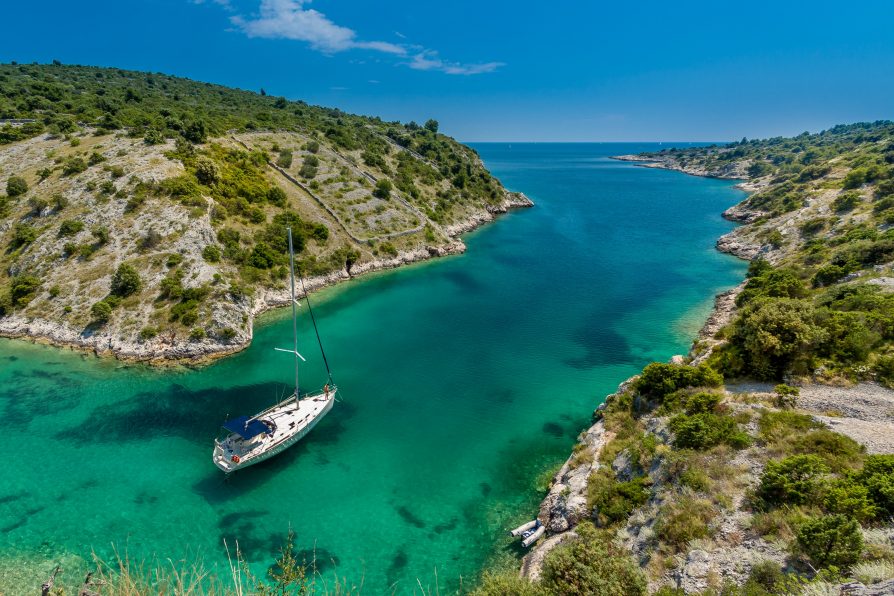 Prime Minister Andrej Plenković met with tourism representatives in Opatija on Tuesday, saying they provided an accurate picture of the season so far – more tourists than in all of 2020 and bigger revenue from fiscalised receipts by the end of July than at the same time in 2019.
Plenković thanked Tourism Minister Nikolina Brnjac, National Tourist Board director Kristjan Staničić and others for their efforts in preparing the tourist season, for promoting Croatia, and for the Safe Stay in Croatia concept.

Croatia has received 7.7 million tourists this year to date, more than in 2020, and the revenue from fiscalised receipts this year through 31 July was higher than in the corresponding period in 2019, a record year for Croatia’s tourism with 20 million arrivals, 108 million overnights and €12 billion in revenue, Plenković said.

This year’s arrivals and nights will not reach those numbers, but revenues could be higher than forecast, he said. “We said in the convergence programme that we expect about 60% of the 2019 season, and according to available data and the epidemiological situation, we can count on that figure to be even better.”

He reiterated that the government expected a high GDP growth in the second quarter and that he was sure the tourist season would make a big contribution to growth in Q3 as well.

Brnjac said arrivals and overnights this year were respectively at 59% and 69% of those at the same time in 2019.

She underlined the importance of fiscalised receipts, notably for campsites and hotels, which she said had better results in July and August than at the same time in 2019.

The National Recovery and Resilience Plan envisages HRK 2.2 billion for tourism, and Croatia is striving for sustainable, innovative and resilient tourism as well as higher-quality tourism with more added value, she said.

Staničić said the results so far were also due to the promotion of Croatia as the safest destination at home and abroad.

He said it was important to maintain the current COVID situation for the remainder of August, the peak of the season, so that Croatia could continue to promote itself as the safest destination in the Mediterranean.

Announcements from key markets give hope that there will be a certain number of tourists after the main season, he said, underlining the importance of acting responsibly and adhering to all COVID rules.

Croatian Tourism Association (HUT) director Veljko Ostojić thanked the prime minister and government for their successful management of the epidemiological situation, which, he said, was a precondition for the current tourism results.

“Without that, we would not be even close to the results we have now because we can see what is happening in other Mediterranean countries, some of which have half of Croatia’s results,” he said.

Ostojić underlined the importance of the government’s job-keeping grants, the Safe Stay in Croatia project, and the priority vaccination of tourism workers.

He noted that before the meeting he talked to the managers of several big hotels and that the northern Adriatic was expected to be at 80-90% of the financial results of 2019, if there were no negative developments.

“We are in the middle of the peak season and I call on all colleagues in the tourism sector to act professionally, respect epidemiological restrictions and get vaccinated so that we can keep jobs and protect ourselves and others,” he said.

PM Plenković said that of the HRK 12 billion paid for the wages of workers in the private sector, close to five billion had been allocated for tourism and related activities.

In balancing between the fight for health and keeping economic activity going, some smaller segments of the services sector have been unable to operate normally but that is a small price that has been compensated for with job-keeping measures, he said.

Bulj has his own style and agenda

In a comment on Sinj Mayor Miro Bulj of the Bridge party saying that Plenković had attended a ceremony marking the completion of Pelješac Bridge and visited a church in Sinj without a face mask, given in the context of epidemiological restrictions for the Sinjska Alka tournament, Plenković said that epidemiological restrictions in Sinj were less strict than last year, when another person was the mayor and when there were no objections.

He noted that Bulj had his own style and agenda and that he belonged among demagogues and populists.

Asked if cancelling the subsidising of the price of COVID-19 tests was being considered, Plenković said that after the summer holidays were over, all options would be put on the table.

We have a sufficient quantity of vaccines, and reaching the 60% vaccination rate will be very difficult and slow. We have to live with that and find a balance, he said.

“As Prime Minister, I make no distinction between those who get vaccinated and those who don’t, I have to care about everyone but the more of us get vaccinated, the less problems we will have.”

Asked if changes to the model of Zagreb’s post-earthquake reconstruction were possible, in line with a proposal by Reconstruction Fund director Damir Vanđelić that citizens should repair their properties on their own and then seek compensation from the state, Plenković said that a few meetings had been held on that topic and that Construction Minister Darko Horvat had been entrusted with proposing measures.

Asked to comment on Borovo mayor Zoran Baćanović’s posting on a social network a photo showing a banner reading “Storm – an ongoing crime”, the PM said that it was deplorable and inappropriate and that he would discuss the matter with the coalition partners.

Baćanović is a member of the Independent Democratic Serb Party (SDSS) and Borovo is a majority-Serb community near Vukovar.