MY BALKAN JOURNEY In search for tradition 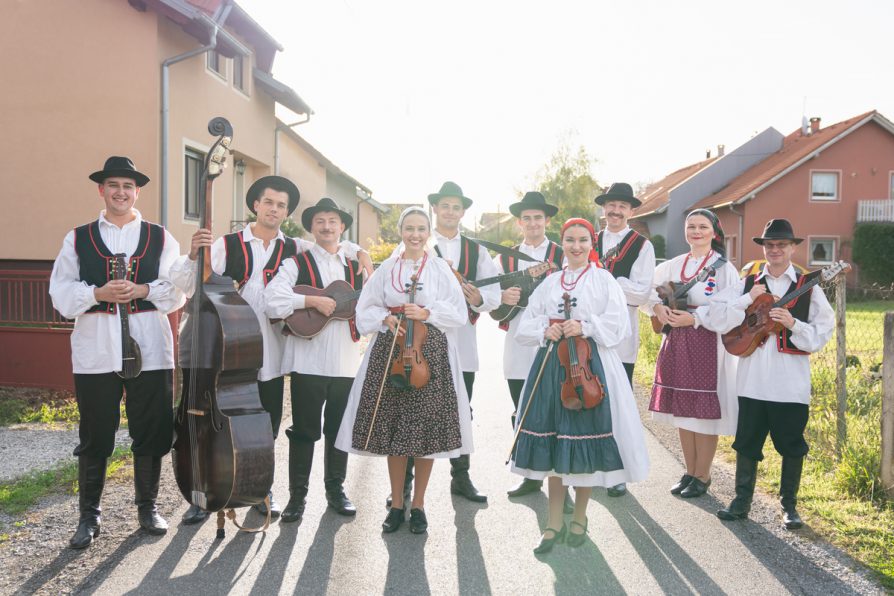 I arrived in the Balkans by accident. I had bought the flight that looked the most interesting and had more than a month to spare, but barely any knowledge about the region.

The idea was to find traditional arts, crafts, and professions, just as I had done in other countries. I grew up in the North of Mexico, and moved to California in my twenties, and living in a region somewhat lacking in an unbroken line of tradition, I came to crave it and hunt for it wherever I travel. 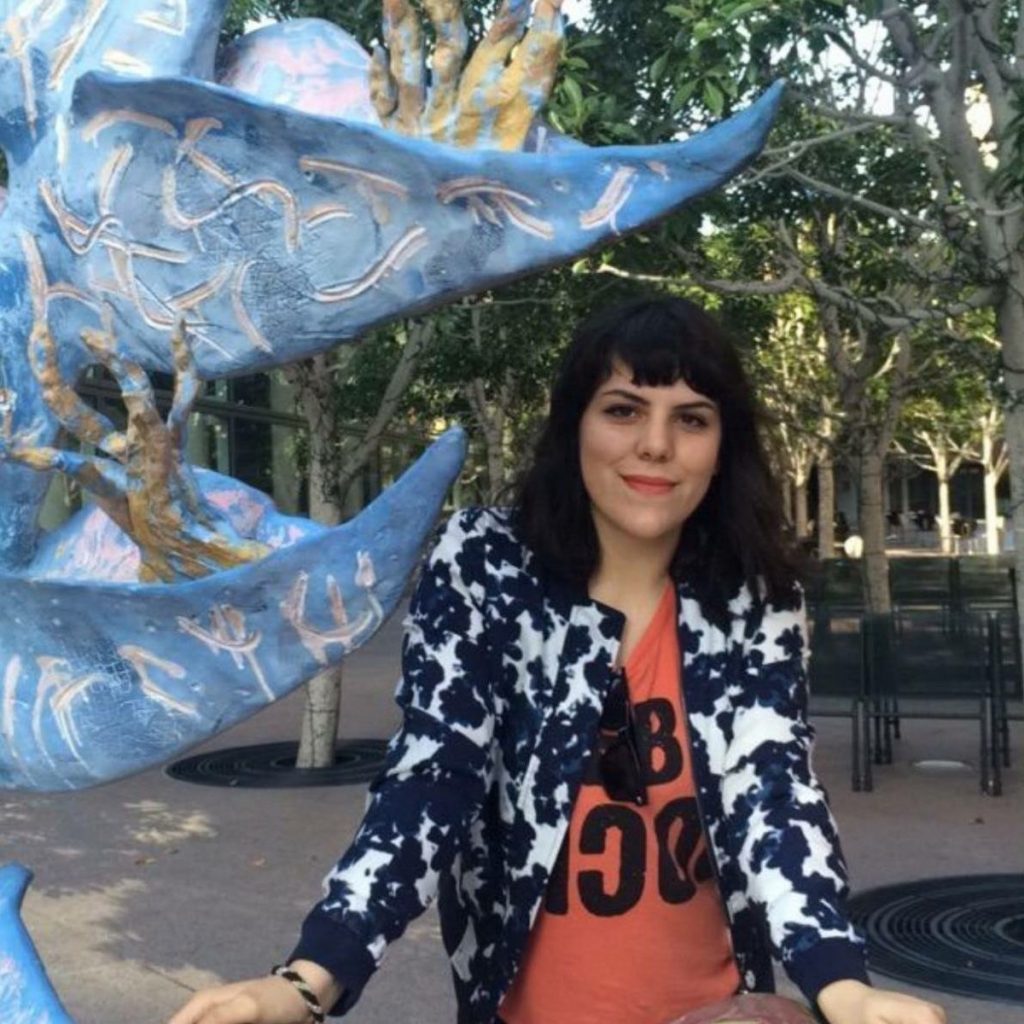 Making kimonos for small dolls in Japan, grinding cochinilla in Oaxaca for natural dyes, baking lavash in an underground oven in Armenia or cooking arepas in various houses in Colombia are the kind of experiences I look for, and they’re just small excuses to open the door into a culture, their history, and people’s personal stories.

My Balkan journey started in Baščaršija in Sarajevo, and even though I was unable to pronounce its name, I met copper-workers, coffee-makers, leather-workers, and the calligrapher Hazim Numanagic, who has decorated many of the mosque domes in Bosnia and Herzegovina. 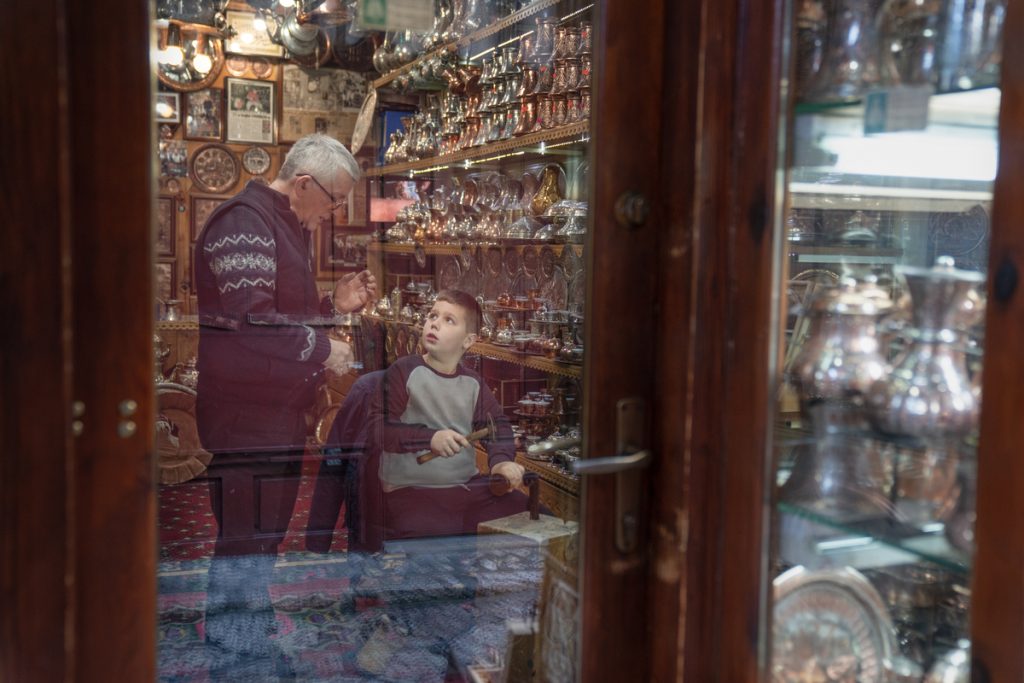 With the help of a guide, I was able to drive into the woodland areas and learn about blacksmiths in Vareš, where I also got introduced to my tequila equivalent, rakija, which by now I’m very well-acquainted with.

Some places were easier to find, like woodcarving workshops in Konijc (because everyone in town will point you to the right direction) or certain traditions which have their museums like the Batana House in Rovinj or the Sinjska Alka Museum in Sinj; others take a little time, like finding wild horses in Livno, which I must say I didn’t get to see after driving for some hours, so in my mind they are only an instagram-spread rumor. 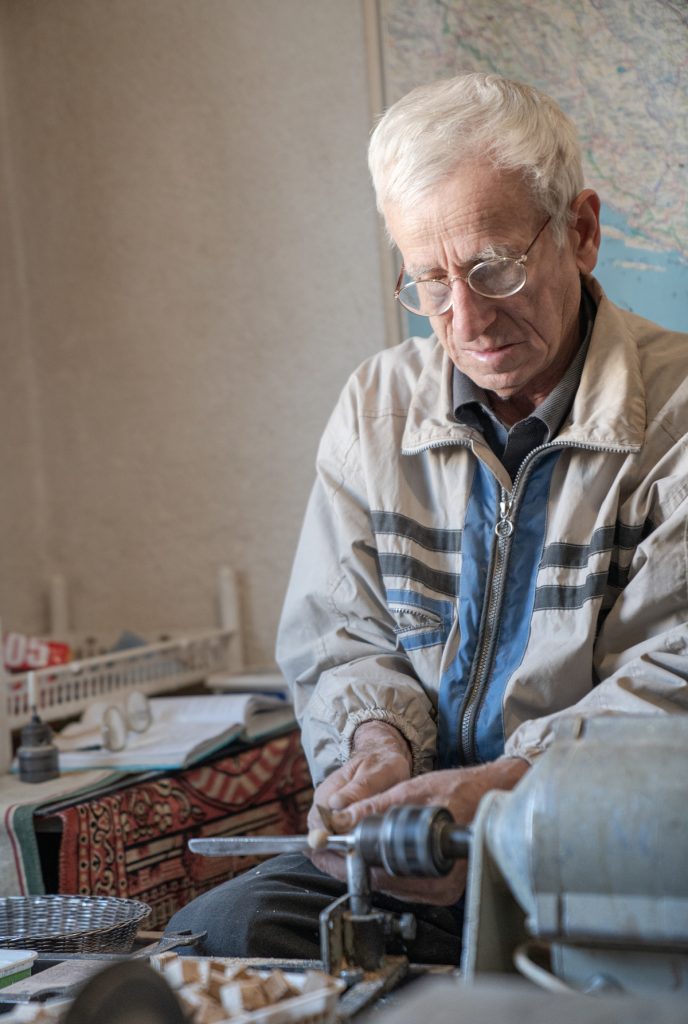 I learned to be okay with driving out to places that turn out to be a dead-end, where sometimes the tradition is lost, the people themselves have lost interest or our schedules with the locals don’t coincide, like when I went to the Dobrićevo Monastery to see the sisters’ beautiful icon painting and they were on vacation, or if it’s a holiday and everything is closed.

The point is to keep trying, and more often than not doors will be open, coffee will be served and a conversation will begin, usually, with the question ‘why on earth are you learning our language?’.

By asking around, the network of artisans and contacts keep growing, and at the end of a month I was sitting drinking tea in Vehab Halilović’s workshop in Goduša, who is a wood-worker that specializes in making flutes and traditional Turkish pipes (čibuks), and for lunch I spent time in nearby Visoko with a potter who goes out looking for his own clay, made his own oven and creates pieces that still resemble the ones made in the 7th century. 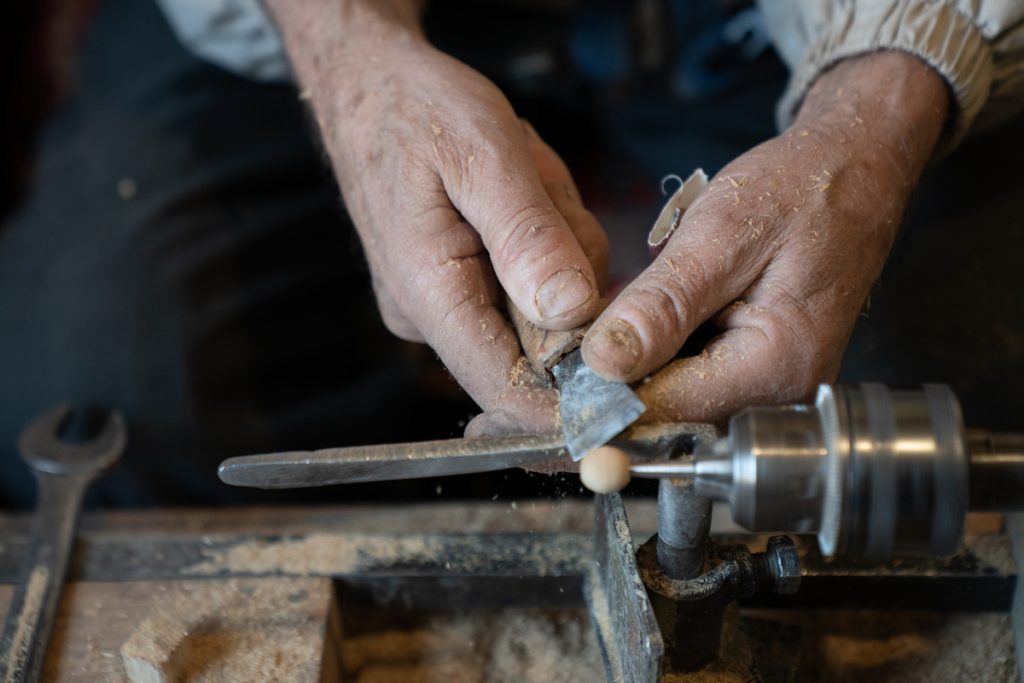 By the end of my first trip to the Balkans I was invited to sit in during a rehearsal of the young tambura group Zagreb-Markovac, who play traditional songs from different regions of Croatia. I learned more in an evening than any tour would’ve been able to teach me.

We ate home-cooked food, and I realized this group of passionate young musicians knew not only about music, but were well-versed in the history behind the songs, the dances, the clothing and the regional way of life at different periods of time. Here were people defying the strong waves of globalization and fighting to keep the distinct traditions from each region alive.

I have been learning Croatian for more than a year now, because I know how important language is to connect to a community and to the history, and to finally be able to pronounce Baščaršija. From the insight I got from the first two trips, I feel like I can continue my path into Croatia, meeting instrument-makers, oyster-farmers, more dancers and musicians, and even then it feels as if I barely scratched the surface of this region.

I still have to see the lacemakers in Hvar, Pag and Lepoglava; learn to make some licitari, hear live klapa, experience the Alka tournament, go to Hrvatsko Zagorje and meet toy-makers; and from them, get to know more possibilities. 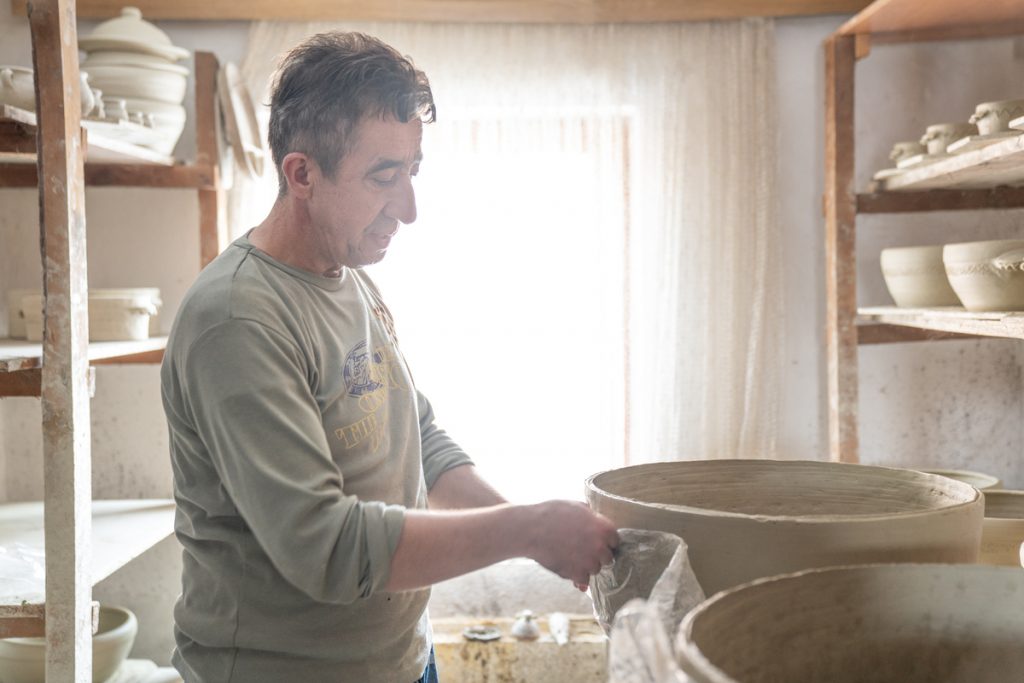 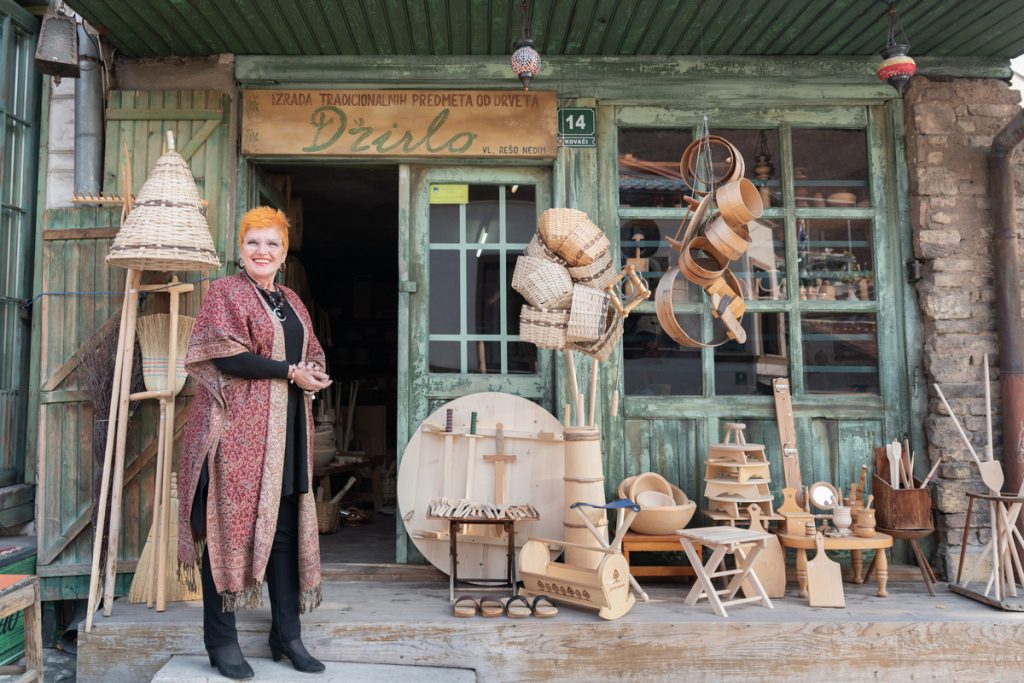 Why go through all this effort to meet locals? Unlike Aesthetic Tourism where one flits from location to location simply seeking a pretty backdrop for their next post, I believe there is much to learn from engaging with the people and the place. Then we begin to understand the process of making a product, or rehearsing a song, we absorb the culture, the location, the environment that shapes these traditions; we get to know people, and share stories, and also our visit contributes to the local economy and has a deeper-rooted positive impact because it actually supports the continuity of tradition and cultural heritage.

I find this incredibly fulfilling, and I invite everyone to take one or two days out of their trip and do this, even though there is the danger you will fall deeply in love with the Balkans.