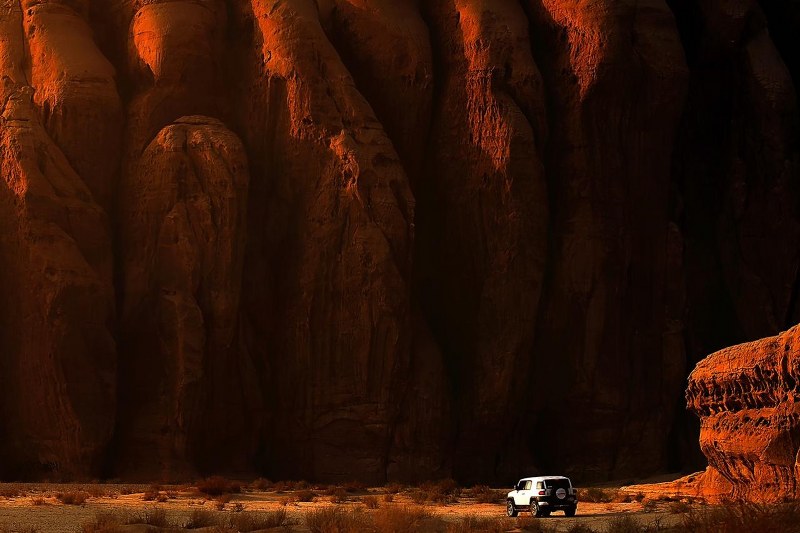 The Royal Commission for AlUla (RCU) announced the names of the winners of #CaptureAlUla Photo Competition, which was held in cooperation with Sony – launched on World Photography Day on the 19th of August.

CaptureAlUla was developed to support and uncover five local photographers, with the winners receiving a Sony Alpha 6600M camera, and the opportunity to collaborate with RCU on future projects.

A total of 3886 photos were submitted via the @experiencealula Instagram from 178 photographers. The judges selected the winners based on criteria including technique, creativity and storytelling.  The category themes included Nature, Monumental, People, Design, and Adventure.

The competition winners are: Mosallam AlBluwe for Nature, Fawaz Alsharif for Monumental, Thani Alanzi for People, Aisha Alhjairi for Design, and Kamal Alanzi for Adventure.

Philip Jones, Chief Destination Management and Marketing Officer at the Royal Commission for AlUla said: “We thank everyone who participated in the competition and congratulate the talented winners for the deserved winning. We are blown away by all the talent we uncovered. The people of AlUla are the future of this ancient and historical crossroads, and who better than the locals to tell these stories to the world.”

Aisha Alhjairi, who loves cinematography and photography and listening to classical music, commented on her winning image in the Design category: “By using pottery and dry branches, using earthy colours, and through the harmony between the elements of this artwork and the harmony of lighting in it, I wanted to show and prove that from the drought we can create an artistic picture, as beauty is created from severity, and luxury is created from simplicity. I made this idea specifically to show the sensual heritage (the pottery) in a different way from what is customary to touch the feelings of the recipient and bring them back to the memory.”

Fawaz Alsharif, the winner in the Monumental category, commented: “The story I wanted to show through the image is the beauty of the place and the magnificent architecture of the castle, the beauty of the sky and the earth that unites them. AlUla is so full of amazing monuments and rich history. .”

Ziad Alarfaj, Sony Alpha Ambassador in KSA and CaptureAlUla judge commented: “The participants are all very creative, we chose those winners based on who we believe will have a brilliant future in photography. Each winner has a valuable opportunity to share their artistry with to the world, each picture was chosen not only for showcasing the beauty of its subject, but in telling the story behind it.”

Each of the winners will receive a commission of 10,000 SAR from RCU in exchange for 50 photographs in the category selected by the judges’ committee, as well as a Sony Alpha 6600M camera characterized by a great performance with a compact body and the world’s fastest Auto-focus.

As part of the Sony collaboration for CaptureAlUla, two workshops were delivered in AlUla for aspiring photographers by Sony representatives -Muhammmad Almunasif, Abdulaziz AlBlwi, and Abdulmajeed Alblwi, and AlUla’s UNESCO World Heritage Site, Hegra was made exclusively available to the photographers.