“Plitvice lakes was our motivation to grow the IT business.”

SOMETIMES ALL IT TAKES IS A GOOD PHOTO... 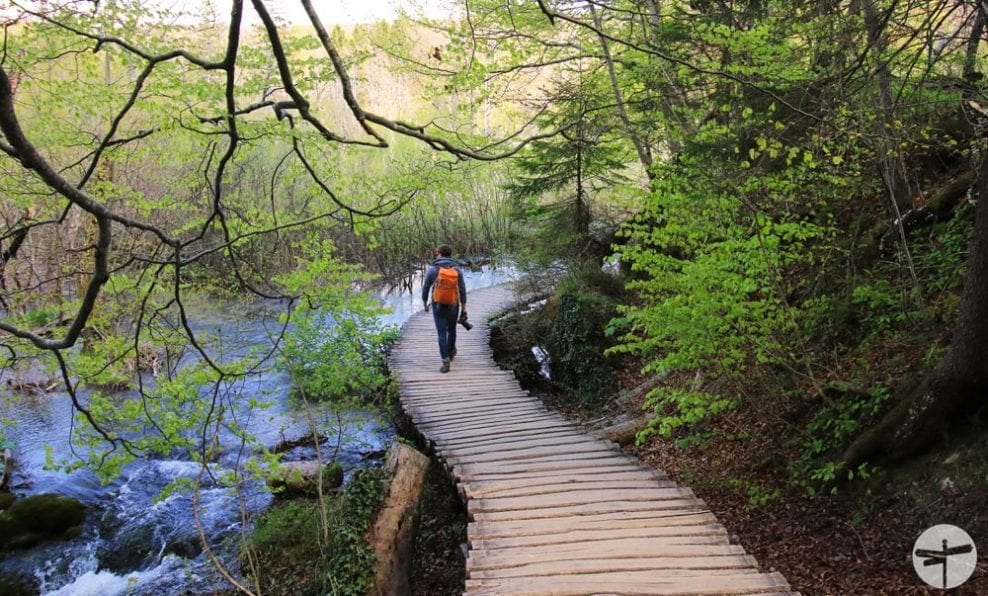 Gemma and Andy, a travelling couple from the UK visited Plitvice this summer and decided to stay here for two days.  Gemma also works on travel blog, which documents their travels with the aim of helping other people to travel exactly to those places. A reason good enough to talk to them!

“We came to Plitvice lakes because it was actually our inspiration to travel! Five years ago I saw some photos of Plitvice lakes in a magazine and couldn’t believe something so beautiful was real. It sort of opened my eyes up to how amazing Europe was and how many incredible places there were in Europe to see. As soon as I saw those images of Plitvice lakes, I realised there was a whole world to explore right on my doorstep! Travelling Europe was a much more attainable goal, and travel in Europe is pretty affordable, so it spurred us on. Plitvice lakes became our motivation to grow the IT business.” Plitvice was amazing! There are no words to describe it really. It’s magical- there are waterfalls around every corner and lakes so azure you can’t believe it. The cliffs around the Lower Lakes were the most breathtaking for the views they offer. It was a cloudy day on Day 2, when we were exploring the Lower Lakes, and we were a little disappointed because the lakes are less dazzling under grey skies. We had been walking around for around 3 hours  when it started to rain and turned cold. We nearly decide to leave the park, but a stairway up the side of the cliff caught my eye. We headed up there quickly, as our last stop before giving up for the day. No sooner had we climbed the stairs and reached the first view point, when the skies suddenly cleared and the sun came out. The iconic view of the snaking walkways of Plitvice and the great cascade waterfalls were lit up, sparkling in the sunlight and brightest blue. We both just sort of stood there in amazement. We’d finally managed to see those photos from the magazine in real life after 3 years of wanting. Our motivation to travel was right before our eyes in all it’s glory, and we were awestruck. I think we stood there in silence for about 10 minutes taking it all in! That was the best moment of our whole trip.” They were here two days, and say it is a much better choice!

“It’s only a little bit more money for a 2 day ticket and we wanted to get the most out of our visit. There’s nothing worse than having to rush around a natural wonder! We wanted to take our time and enjoy every second, exploring every path and taking it all in. We didn’t want to miss anything, and 2 days proved to be the right amount of time.”

So are Plitvice their favourite place?

“This is a tough one! Plitvice lakes is a close second on the list, but I think my favourite place so far is Madeira. It’s a small Portuguese island off the coast of Africa. It was the first place we went to on our travels and it was stunning.”

But they would love to come back…

“We’ll definitely return to Croatia soon. We haven’t explored any of the south and would like to see Kotor in Montenegro too, so we’re thinking of combining the two places into one trip. Explore more national parks in Croatia, some of the southern islands near Dubrovnik, and then head to Kotor afterwards.” You can see all the photos they took on their travel blog!