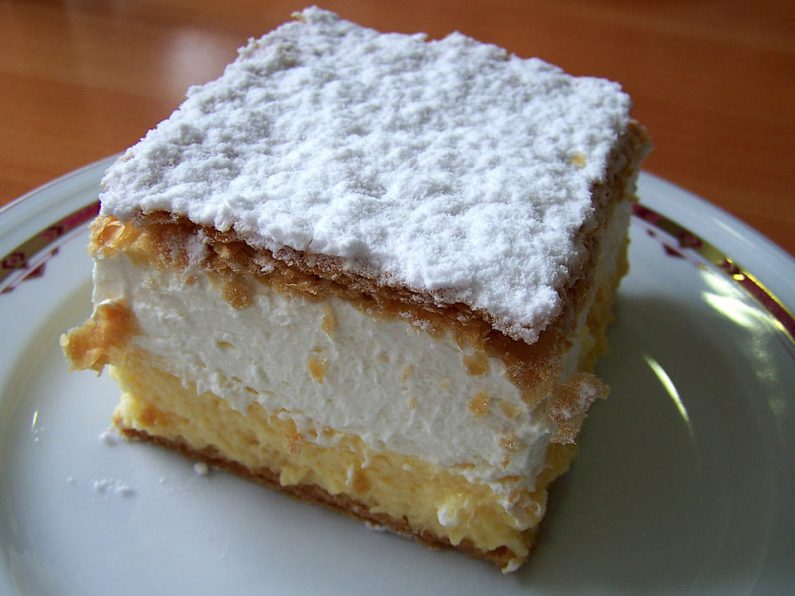 “Samoborska kremšnita”, a variant of Cremeschnitte made in the western city of Samobor, has been added to the Croatian national list of intangible assets, the City of Samobor has reported.

This cream cake dessert, which originates from the Austro-Hungarian Monarchy, today can be found in most traditional confectioneries and pastry shops.

The kremšnita is famous for its light yellow custard cream which is made from eggs, milk, sugar and flour and is placed between two layers of crispy sheets of puff pastry, with a thin layer of whipped sweet cream hidden beneath the upper crust.

Behind the original recipe of the Samoborska kremšnita is Đuro Lukačić, a confectioner who after returning from his studies in Vienna, Budapest and Zagreb, inspired by the influences from neighbouring countries, in the 1920s adapted a dessert known in the German as Cremeschnitte and created a cake which today is part of the identity of this Croatian town.