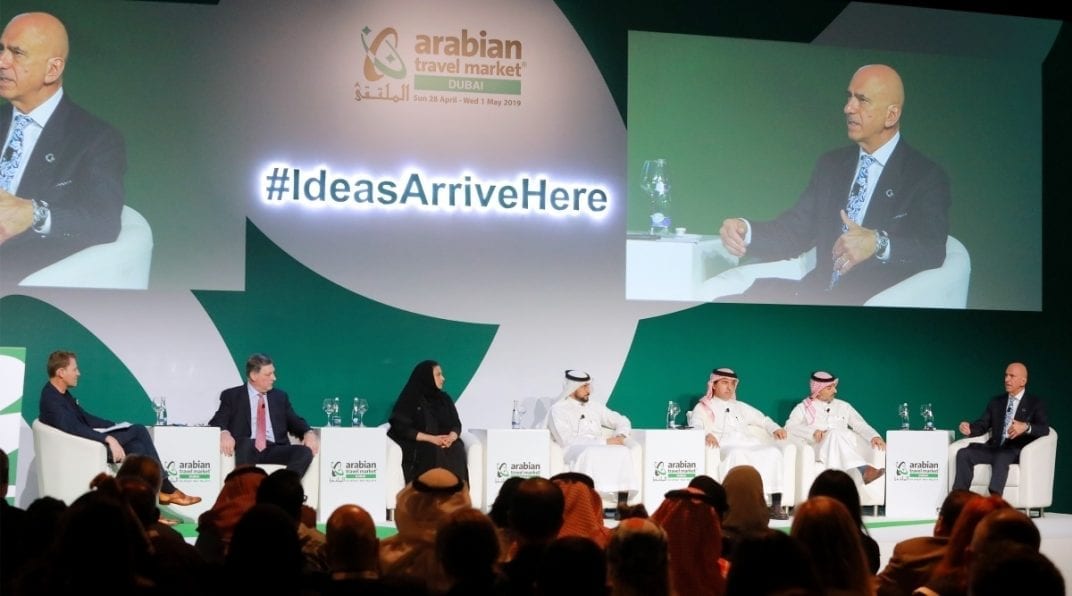 Tourism will play a major role in reducing Saudi Arabia’s dependence on oil revenues, according to experts speaking at Arabian Travel Market (ATM) 2019.

Kingdom-based industries in direct contact with tourists are expected to generate more than USD 25 billion this year – approximately 3.3 per cent of Saudi Arabia’s GDP – according to figures released by the World Travel and Tourism Council (WTTC).

“Our country has beautiful geographic diversity and a host of cultural attractions so, once visitors come into the kingdom and see the different projects lined up for them, I think it will market itself.”

Saudi Arabia’s domestic tourist trips are projected to rise by 8 per cent in 2019, while inbound visits from international markets are expected to grow by 5.6 per cent per year, according to research conducted by Colliers on behalf of ATM 2019.

With the creation of new local attractions thanks to the Quality of Life Vision Realization Program and the General Entertainment Authority (GEA), Saudi Arabia’s overall number of tourist trips is on course to hit 93.8 million by 2023, up from 64.7 million in 2018. Commenting on Saudi residents’ historic tendency to travel out of the country for entertainment and leisure, John Davis, CEO, Colliers International MENA, said: “I think some airlines could probably double their number of [weekend] flights and still fill the seats. So, when the country opens [new local attractions], people will utilise them.”

By helping Saudi Arabia to further boost its domestic and inbound tourist numbers, panellists agreed that ‘giga’ developments will prove crucial in helping to meet the economic diversification targets set out in Saudi Arabia’s Vision 2030. Alex Kyriakidis, President and Managing Director Marriott ME&A, Marriott International, said: “The challenge to date has been a lack of opportunities for domestic tourists. However, if you look at developments like The Red Sea Project and Qiddiya, which are completely reinventing destinations that will appeal to Saudi residents, you will find everything from hospitality and wellness to entertainment and sports. For many segments of the local population, these projects will stimulate spending in the country.”

Despite the more than 9,000 keys of three- to five-star international supply due to enter the market this year, the panel agreed that the kingdom is well placed to sustain and even increase occupancy levels over the coming years thanks to a combination of giga-projects, high-profile events, entertainment and religious tourism.

Dr Badr Al Badr, CEO, Dur Hospitality, said: “We’ve been in the hospitality sector for 42 years and we’ve never seen anything like this. What’s happening now is earth shattering. The change of mindset in terms of opening up this country for visitors – whether for religious or general tourism – is definitely something to be celebrated.”

Visa-related improvements are also expected to drive growth in Saudi Arabia’s tourism sector. With the roll-out of 30-day Umrah Plus Visas, eVisas for tourists and specialist visas for events such as the Formula E Championship’s E-Prix, the kingdom looks set to attract more international visitors than ever before.

Majid M AlGhanim, Director of Tourism, Saudi General Investment Authority, said: “Many of the reforms that are happening right now, such as 100 per cent ownership and easier registration for foreign companies, involve regulation. Hopefully, we will see lots of international investment in Saudi destinations very soon.”

Running until Wednesday, 1 May, ATM 2019 will see more than 2,500 exhibitors showcase their products and services at Dubai World Trade Centre (DWTC). Viewed by industry professionals as a barometer for the Middle East and North Africa (MENA) tourism sector, last year’s edition of ATM welcomed 39,000 people, representing the largest exhibition in the history of the show.