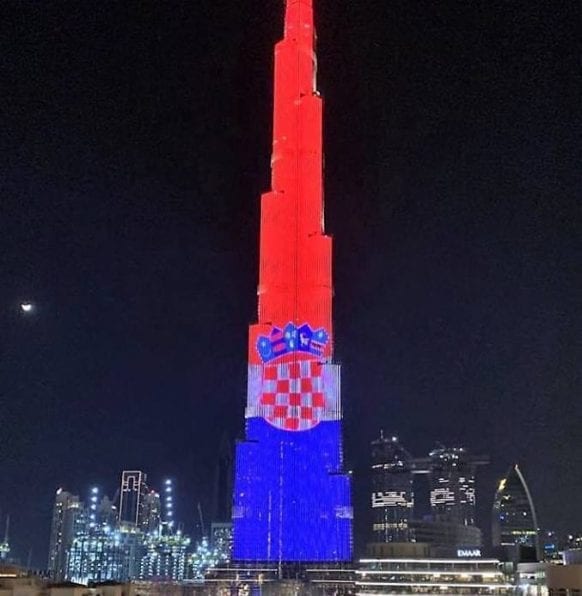 The mayor of Zagreb Milan Bandić and the delegation of the City of Zagreb yesterday travelled to Dubai on an official visit to the Mayor of Dawood Abdullahman Alhajirija.

The building in Dubai was named in honour of the ruler of Abu Dhabi and president of the United Arab Emirates Khalifa bin Zayed Al Nahyan. Dubai is one of the seven emirates of the UAE.