The Times included Croatia among the TOP THREE best destinations in the world! 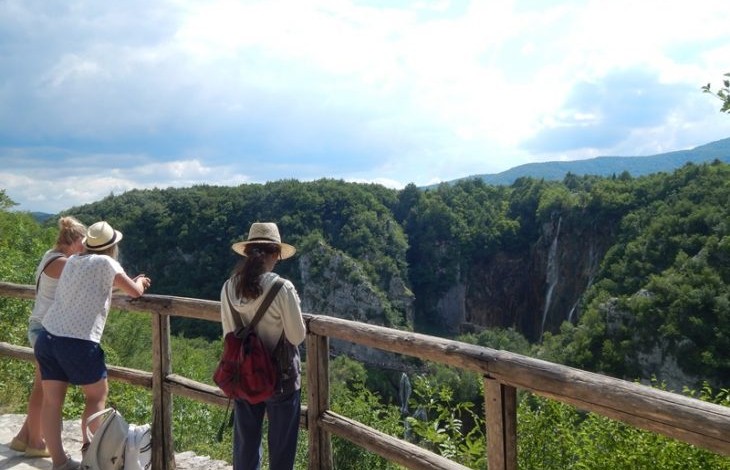 Croatia is included in the top three world destinations in the Best Country Award 2020 category, award that popular British newspaper The Times & The Sunday Times presented to the best countries in the world.

Because of the current epidemiological situation, the award ceremony was held virtually and was attended by the Director of the CNTB Representative Office in Great Britain Darija Reić.

“Croatia with its fantastic tourist offer and tireless promotion undoubtedly deserves the title of one of the best countries and we are extremely pleased that Britons have recognized our quality. We have known for a long time that Croatia is a popular topic of any conversation about travel, and visiting Croatian destinations is what the Britons like to boast about in society, to the point that some were even willing to isolate after travel to the country and that it has not wavered their travel and enjoyment of our rich Mediterranean offering. This success has strengthened Croatia’s position in the UK as a destination of beautiful scenery and a diverse, high-quality tourist offer and we will continue to maintain our reputation on the market through further promotional activities“ said Reić, adding that Croatia was presented as a country “full of whim, vigour and sunshine” during the award presentation.

„It is with great pleasure that we received the news that Croatia was named one of the best countries in the world in 2020. Having taken the lead in the Mediterranean this season, according to Eurostat data, this underpins our position as a safe and stable country on the international travel market. Great Britain is one of the most important markets for Croatian tourism and I believe that as the global situation stabilizes, our loyal British guests will return to Croatia in greater numbers“, said CNTB Director Kristjan Staničić.

In this category, Italy was named the best country in the world , while second place went to New Zealand and third to Croatia. The shortlist for the award, which was presented for the eighth time this year, also included some of the world’s top destinations such as France, Turkey, the USA, Dubai, Spain, Portugal, Greece and Thailand. In addition to the best country category, 12 other categories such as the best city, airline and tour operator were voted on. The final winner was decided by readers who also participated in a contest for exclusive prizes.

We would also like to note that The Times & The Sunday Times are amongst the most influential prints in the UK and reached a record number of 16 million readers a month through print and online releases this year.

SOURCE: HTZ
The Plitvice Times magazine is the only news media from Plitvice Lakes area. Our website is translated into 16 languages with readers from more than 100 countries. Every day we bring interesting news about tourism in Croatia and worldwide.