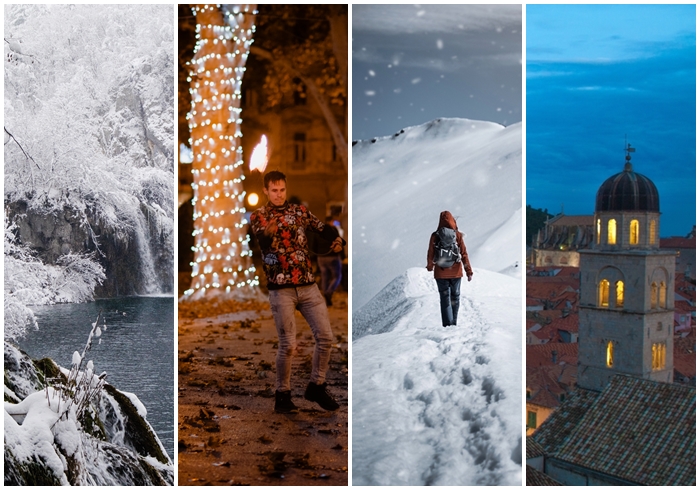 From the icy landscapes of Plitvice Lakes National Park, to fairy-tale snow-capped castles and festive decked out towns, Croatia is truly magical during the winter months.

Here’s a roundup of some of Croatia Feeds favourite inspirational destinations for 2021 !

Surrounded by dense forests of beech, fir and spruce, the area truly transforms into a winter wonderland during the colder months, especially when it snows!

One of the best-known sights in Northern Velebit National Park, Zavižan mountain stands at 1,594m above sea level and makes for an exciting wintery adventure with some epic views.

Located in the mountainous region of Lika, there are plenty of outdoor pursuits to be enjoyed too, from skiing to snowshoeing.

Like something straight out of a fairy-tale, Sokolac Castle, located near the town of Brinje in the Lika region of Croatia, is a must-see, especially when it’s covered in a dusting of snow.

“Winter is coming…” so is there really any better place to spend it than in King’s Landing? Famous for its role in Game of Thrones, Dubrovnik knows how to put on a show during the winter months, especially during Advent.

Decked with Christmas trees and twinkling lights, Advent in Dubrovnik makes for the perfect festive break. Another castle straight out of a fairytale, Dvor Trakošćan is stunning year-round but looks particularly magical during the winter.

Found in the northern county of Varaždin, Trakošćan dates back to the 13th century and is one of the country’s most beautiful fortifications.

The castle is perched high above a beautiful lake and surrounding countryside, which makes for a perfect wintery day trip. Known for its month-long Advent festival, Croatia’s capital truly transforms during the winter months with twinkling trees and the sweet smell of mulled wine drifting through the air.

Consistently voted as one of the best Christmas markets in Europe, Zagreb really is an unbeatable winter holiday destination!

Nestled between mountains and the sea, Opatija makes for a picture-perfect winter escape.

The town’s luxuriously decorated streets, musical performances, festive markets and ice skating rink, makes it one of the best places to celebrate Advent and beyond.