Top 5 winter meals you must try in Lika! 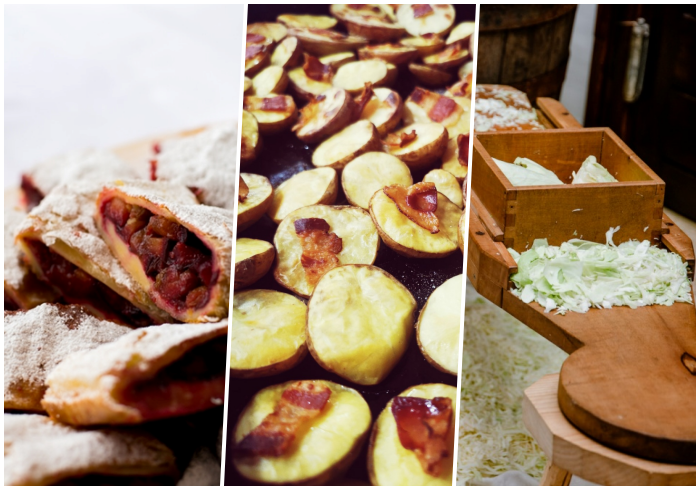 Lika-Senj County is a true heaven for all food lovers because in this beautiful county locals eat delicious and high quality food.

Anyone who found themselves in Lika at least once, knows that its locals make very nice hosts who won’t leave anyone hungry or thirsty.

Local cuisine in Lika is reflection of mountain lifestyle habits, between the woods and the valleys, where summers are short and winters cold. It is based on caloric yet simple meals, prepared in a traditional way, with love and local ingredients.

If you are a foodie who doesn’t mind a road trip in order to eat good food, we are bringing you five reasons why you should visit Lika as soon as possible.

1. Lamb roasted under the bell – Peka

One of the most famous gastronomic specialties of Lika-Senj County is Lika’s authentic lamb. We are talking about indigenous breed called Lička pramenka which recently earned itself official European passport. It is traditionally prepared roasting over an open fire or boiling in a pot with variety of vegetables.

Meals prepared under the Peka belong to premium specialties of Croatian cuisine and Lika’s authentic lamb prepared with golden baked potatoes under the Peka is something any gourmet should try. While lard is gradually melting the meat is becoming soft and juicy creating intense, rather pleasant taste and smell that makes this meal widely recognisable. That aroma comes from specific diet of the sheep that are eating grass in the meadows rich with aromatic plants during the summer.

During the history, potato was the most important ingredient on traditional tables of Lika. Many will agree that the tastiest potato meal are hot and crispy Lika’s pole.

This cheap and tasty meal is ideal for winter days even though the ancestors ate them throughout the year. Baked potato halves can be served as individual meal or a side dish in which case your host in Lika will serve it with other domestic specialties like bacon, sausages, greaves, sour cabbage, sour cream, traditional basa cheese, cottage cheese, onions…

In the cold winter days for the natives of Lika, sour cabbage was the main source of vitamin C. Except its beneficial effects on health and immunity, it is one of the favourites due to many different combinations and preparation varieties.

Sour cabbage and smoked meat make an ideal combination and possibly the best known dish with this very nutritious and healthy ingredient. Dried pork or mutton meat along with the sour cabbage, kulen and bacon is boiled in a pot, over a light fire for about 2 hours, or until it all gets soft. Best side to go with this dish are unpeeled cooked potatoes.

Sweet cabbage is one of the main ingredients of this domestic and therapeutic dish, eaten with a spoon. It is traditionally prepared during the winter season. While in the past it was considered as the meal of the poor, these days it is very cherished and popular delicacy.

Main ingredients include dry meat (lamb or beef), sweet cabbage, roughly cut in the shape of noodles, carrots and potatoes.

When it comes to spices, combination of salt, pepper, parsley and bay is being used. All ingredients are soaked in water and cooked on low heat with the exclusion of the cabbage, which is added near the end. Between the traditional sweets in Lika we are highlighting the strudel, unique dessert of Lika-Senj County that has flavor and smell which brings us back to childhood. Recipe for this strudel is passed down through generations, although it adapted to certain changes. Therefore today in Lika-Senj County you can find both, traditional as well as the modern variations of this specialty.

You can choose from the rich flavor selection which include good old apple strudel, through the ones filled with walnuts, poppy, cheese or cherry, all the way to the salty variations that cover cheese filling, spinach, bear onion…

No matter what combination you decide to try, it is hard to go wrong when it comes to strudel.