VIDEO 160 Paratroopers in a night-time jump above Udbina! 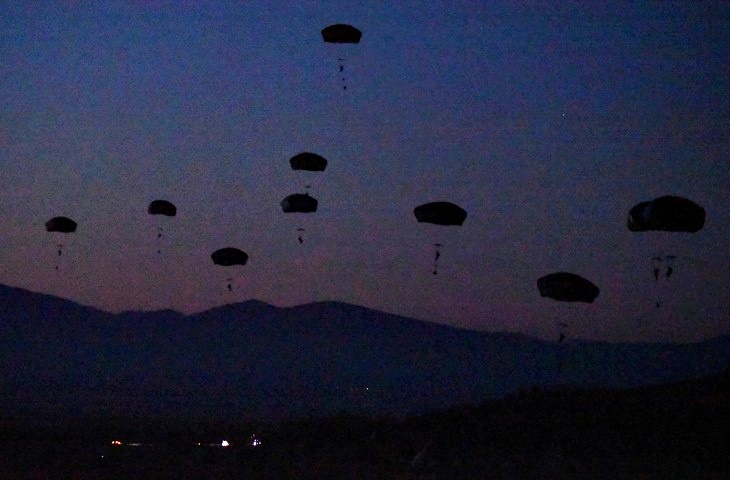 As part of the international military exercise “SERRATED EDGE” held this Wednesday, USA paratroopers were deployed on the area of the “Josip Jović” barracks in Udbina.

More than 160 USA Air Force paratroopers jumped from four C130J aircrafts and after landing, made their way to the Eugen Kvaternik military training ground in Slunj, where they will continue their training activities.

Training activity “SERRATED EDGE” will be held until January 31, at the military training ground “Eugen Kvaternik” in Slunj and the “Josip Jović” barracks in Udbina. The exercise is attended by about 300 members of the U.S. Army (USAREUR). “It is a cooperation between the Croatian Armed Forces and the US Armed Forces, which includes their training, and we, as the host country, provide support. ”, said the head of the exercise coordination, monitoring and reporting team, Colonel Andrija Žarinac.