Wish You Were Here! Vintage Postcards from Plitvice Lakes

History of the Plitvice Lakes tourism through old postcards Until the second half of the 19th century, Plitvice Lakes was not a well-known destination. It was visited only by... 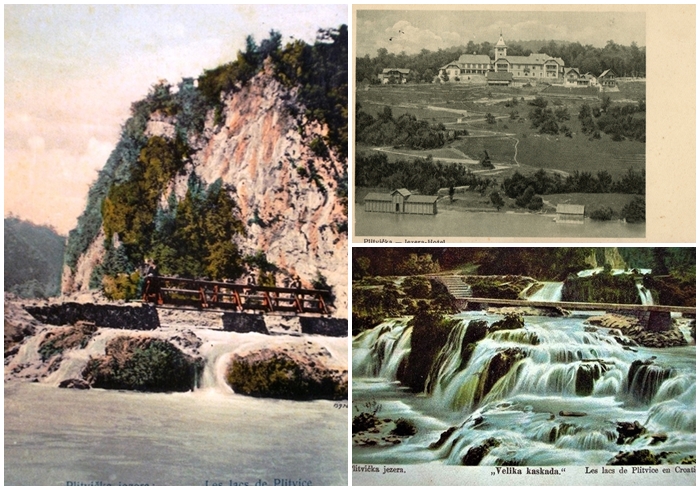 History of the Plitvice Lakes tourism through old postcards

Until the second half of the 19th century, Plitvice Lakes was not a well-known destination. It was visited only by few curious explorers and adventurers.

Because of the dense vegetation and risky location due to the Ottoman Empire, in the history this location bore the name of ‘Devil’s garden’. With the break of the Ottoman Empire, Plitvice mark increase of the local population and by the end of the 19th century, it’s beginning to show first developments of serious tourism on Plitvice Lakes. First notable increase in number of visits is recorded after establishing road connection with Karlovac in 1894, when Plitvice were visited by over 1000 tourists and travelers.

The very first hotel in Plitvice Lakes was built in 1896 on Velika Poljana above the lake Kozjak. This hotel contained 40 rooms and had the capacity to host 80 guests. Unfortunately it burned almost to the ground in the fire of 1943. Even though it is hard to imagine these days, swimming was allowed in Plitvice Lakes through almost all of the last century.

Since stepping over the moss is preventing the unique and delicate process of the tufa formation, all kinds of swimming and diving in the lakes is strictly forbidden nowadays.