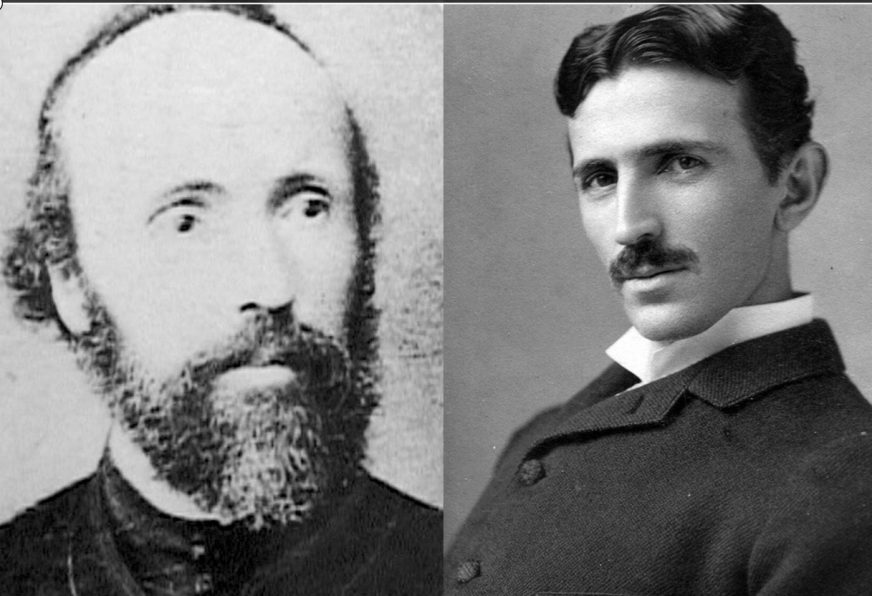 Nikola Tesla was born in Smiljan near Gospić, in the Austrian Empire (Croatia).

When Tesla moved to Maribor, where he spent his spare time playing cards with local men on the street, Milutin went there to beg him to return home. Nikola refused and suffered a nervous breakdown around the same time so he returned to Gospić.

Milutin Tesla died in Gospić on April 17, 1879, and was buried in the village of Divoselo. Some sources say that he died of a stroke. During that year, Tesla taught a large class of students in his old school in Gospić.

Tesla was the fourth of five children. He had three sisters, Milka, Angelina, and Marica, and an older brother named Dane, who was killed in a horse-riding accident when Tesla was aged five.

We were in the Church where they lived and where Tesla was baptized – you can see the pictures HERE.

If you want to learn more about his mother Georgina Tesla, click HERE.